Ranveer Singh Transforms Into A Gujarati Lad For Jayeshbhai Jordaar

Ranveer Singh is exuberant, cheerfully loud, and full of colours. But, when it comes to his craft, he loses himself to the last ounce and embraces the character like a second skin. Padmavat, Gully Boy, Bajirao Mastani, or Goliyon Ki Raasleela Ram-Leela, Ranveer Singh has proved his caliber as a serious actor. When he comes on screen as Alauddin Khalji or as Murad Ahmed, you forget all about Ranveer Singh the excited actor who is not afraid to experiment on the red carpet.

True to his chameleon-like quality, the 'Simmba' actor is once again all set to impress his fans with yet another avatar. This time Ranveer Singh has transformed into a Gujarati man for Yash Raj Studios' Jayeshbhai Jordaar. He seems to have shed quite a few kilos for the role. In this first look poster, the actor is wearing an orange, printed polo shirt and faded black jeans. He seems to be protecting the veiled women behind him.

Also Read: Radhika Apte Reveals That She Started Getting Offers For Sex Comedies After THIS Role

“As Charlie Chaplin once said: ‘To truly laugh, you must be able to take your pain, and play with it’. Jayeshbhai is an unlikely hero, an ordinary man, who ends up doing something extraordinary when he’s hurled into a threatening situation. He is sensitive and compassionate, and believes in equal rights between men and women in a society that is deeply rooted in patriarchal ideals and practices.”

The film will mark the directorial debut of Divyang Thakkar. “Divyang has poured his soul into this brilliant piece of writing that will nudge you to introspect whilst making you smile and laugh the entire time,” says Ranveer.

The actor is also going to be seen as Kapil Dev in '83. When Ranveer was signed on, people were skeptical because the actor and cricketer look nothing alike. Needlessly to say, Ranveer proved his ability to fully transform into his roles and pleasantly surprised everybody with the first look of the Kabir Khan film. In a single glance, it is difficult to say if its Ranveer or Kapil Dev himself. 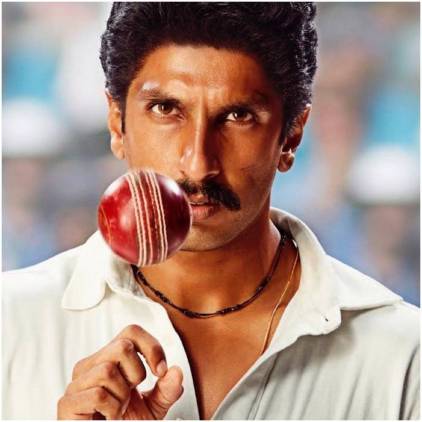