Ranbir Kapoor, Alia Bhatt To Be Married In December: Reports

Rumour mills are buzzing wildly with news of Ranbir Kapoor and Alia Bhatt getting ready to be bound in holy matrimony. According to the Rajeev Masand's column in Open magazine, after being in a relationship for more than two years, the actors are all set to get married in December this year. If rumours are to be believed, the wedding will be taking place after the release of Ayan Mukerji’s fantasy drama 'Brahmastar', in which the two will be starring together for the first time.

Reports say that the wedding preparations are in full swing and the families have already sent out save the date requests.

If pictures are any indication, their respective families are on board with their relationship. Recently, Alia, Ranbir made an appearance together at the latter's cousin Armaan Jain and Anissa Malhotra. They were accompanied by Ranbir's mother Neetu Kapoor. 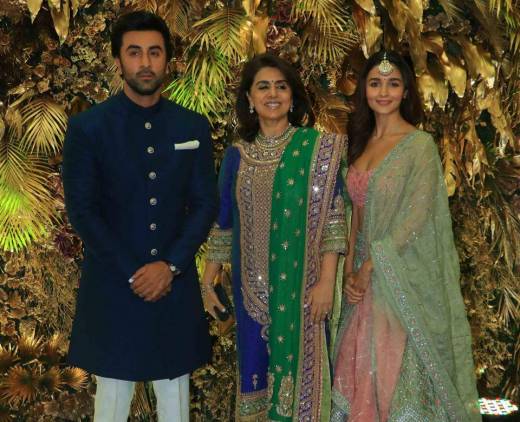 The couple also visited Ranbir's father Rishi Kapoor, who was hospitalised for an infection in New Delhi.

Alia's father Mahesh Bhatt in an interview last year revealed that he loved Ranbir. “Well, of course, they’re in love. You don’t need to be a genius to get that! I love Ranbir… he’s a great guy. What they do to their relationship is something they’ll have to figure out. Whether it’s heading towards that port called ‘marriage’ — which is an institution that needs to be questioned in the second decade of the 21st century — is something for them to figure out,” the filmmaker said.

Fans are excited to see the real-life couple sharing screen space for the first time in Brahmastra. Produced by Karan Johar and helmed by Ayan Mukherji, the film is going to be the first film in what is to be a fantasy trilogy. The movie is going to be a combination of Indian mythology and science fiction where Ranbir's character 'Shiva' has special powers. Alia Bhatt will be essaying the role of 'Esha' in the movie.