Find Out Which Bollywood Actor Is Debuting With Chris Hemsworth! See Pic

Find Out Which Bollywood Actor Is Debuting With Chris Hemsworth! See Pic

MUMBAI: Online streaming giant, Netflix is gearing up to release a power-packed action thriller film called 'Extraction'.  The film is directed by Sam Hargrave, written by Joe Russo and stars Chris Hemsworth in the leading role. If that wasn't exciting enough then wait until you hear this, this film will also mark Randeep Hooda's Hollywood debut!

Speaking about his experience, Hooda exclaimed, "I get to do a lot of action in the movie. I might be the first Indian male actor to do such an action-packed role in a Hollywood film. It was a great experience working with Hemsworth, Russo brothers and the director, Sam Hargrave." The film will 2 other actors from Bollywood like Manoj Bajpayee and Pankaj Tripathi!

Talking further about his character, Randeep revealed, "It (Randeep’s character) is described as a wrecking ball in the script. He’s had a run as military personnel and is now working for Ovi’s father. For the action shots, we rehearsed twice a day for 10 days, since many of my roles so far have been more dramatic. I must say, I’ve never had a director on a wire, hanging next to me, giving me instructions."

This is how he will appear in the film: 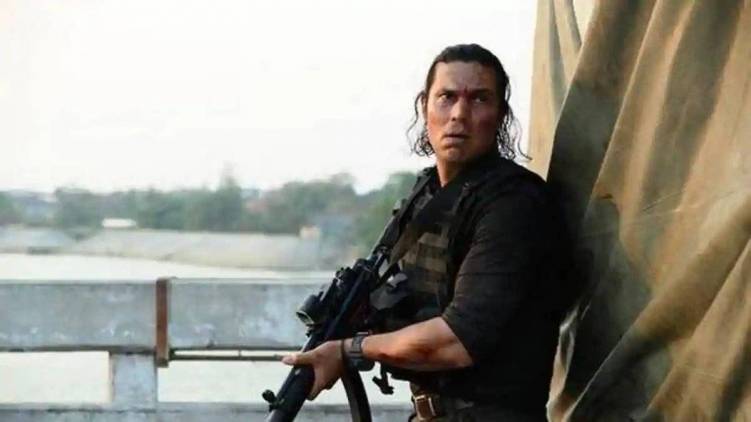 The film will follow the story of Tyler Rake (Hemsworth's character), a courageous yet ruthless black market mercenary, who goes on a journey for the most dangerous extraction of his profession. He gets recruited to save the son of an international crime lord.

Hemsworth will also be visiting India, Mumbai to be precise, in order to promote his film along with Hargrave on March 16 2020. The film got shot in India, back in the year 2018.