Bigg Boss 13: Paras Chhabra And Sidharth Shukla Get Into An Ugly Fight

MUMBAI: Paras Chhabra and Sidharth Shukla are the hell makers of the Bigg Boss house. Almost at every instance, one may notice that their opinions definitely vary on a specific topic. Even the house is being said to be divided into two parts: The Chhabras and the Shuklas.

In today’s episode, fans will again witness the two fighting over a task. Bigg Boss gave the task in which contestants have to make the popular game of snakes and ladders with mud. Knowing the history, the task will be followed by several fights amongst the housemates. 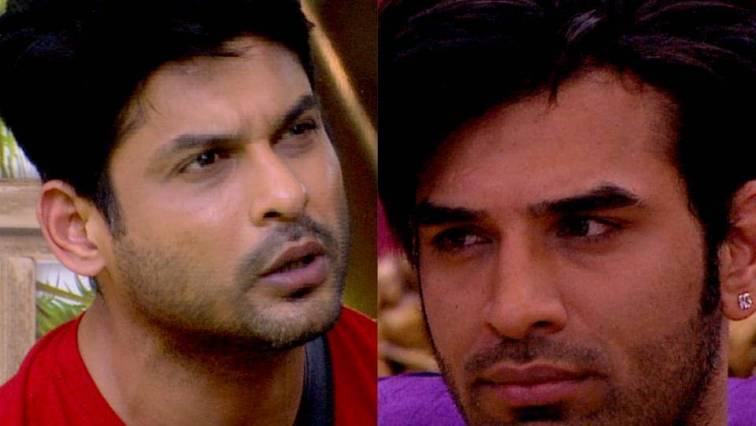 In the promo released by Colors TV, we see Shukla saying that if anyone breaks his ladder then he will do the same. Paras breaks his ladder on which Shukla loses his calm and goes on to destroy everyone’s ladder. This results in an ugly fight between the two male contestants whereas, on the other hand, we will see Shehnaz getting into a heated argument with Devoleena.

Earlier we saw all the contestants except for Arti Singh and Asim Riaz got nominated for this week’s elimination. BB gave an individual task to Shefali Bagga where she needed to interview three of the contestants. The task was supposed to be fun but is it even Bigg Boss if it does not end in a fight? Paras yet again engaged in a verbal fight with Bagga due to her objectionable questions.

Also Read: Soni Razdan And Mukesh Bhatt Have This To Say For Alia-Ranbir’s Fake Wedding Card

By the end of this week, we will finally know what is the suspense behind the finale in one month. Also, it will be interesting to see who will be out of the race just before the season’s first finale. Who are you rooting for? Tell us in the comment section below.