Well-known music composer Anu Malik "voluntarily" steps down as judge from the on-going singing show Indian Idol 11 amid growing allegations of sexual harassment. On Thursday, a source from Sony Entertainment Television confirmed to IANS that Malik "is stepping down as a judge from Indian Idol". The composer had reportedly quit last year but later rejoined the show for its new edition.

Speaking to Times of India Malik said that he will be taking a three-week-long break and will be back after clearing his name. He said, "I have taken this decision voluntarily. I want to take a three-week break from the show and get back to it only after I have cleared my name. While the channel has been supportive, it’s solely my decision to take this break. All I want to say is that before jumping to a conclusion, it’s important to hear the other side as well." 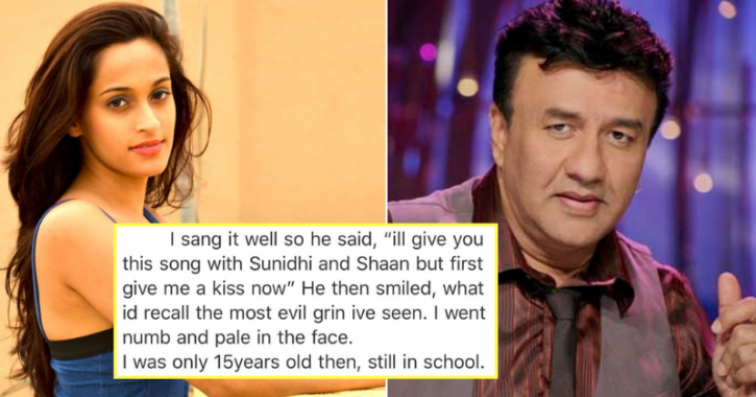 The allegations surfaced for the first time when singer and composer Sona Mohapatra called out Anu Malik for sexual misconduct in 2018. She was joined in by other female singers such as  Neha Bhasin and Shweta Pandit, who backed her up and said that Malik made them uncomfortable as well.

Also Read: Kartik Aaryan Turns 29: This Rising Star Is The King Of Sequels!

Mohapatra also voiced concerns over Sony's decision of hiring Malik back as a judge. She urged Vishal Dadlani, who is also a judge on the show to speak up against Malik, however, to no avail.

In an open letter to the Minister of Women and Child Development Smriti Irani on 21 November, she said that hiring sexual predators gave out "a very dangerous message to the country & the perverts that lurk within our society"

My open letter to the honourable minister for women & child development.👇🏾. @smritiirani ,I hugely admire you, your tenacity & commitment to work for the welfare of people in India & I request you to please read this.Many more women are writing in to me privately about this man🙏🏾 pic.twitter.com/Z8bU8RG528