Given his impressive life, it is surprising that the film industry hasn’t banked on his glory yet. The South Indian Ruler Rajaraja Cholan was a great conqueror and a beloved king. Born as the second son of the emperor, he was not the immediate successor to the throne, but fate had other plans.

Rajaraja’s elder brother died before him and he ascended the throne in June-July 985. He was born as Arulmozhi Varman; he later adopted the name Rajaraja, which literally translates to ‘King among kings’.

We have compiled 5 facts about Rajaraha Cholan that you probably don’t know.

1. He was a loving brother.

While other kings were controlled by jealousy and madness for the throne, Rajaraja was different. He loved his elder brother Aditya and showed no signs of jealousy or hatred against the crown prince. When Aditya was assassinated by Chera Kandalur, Rajaraja avenged his death. 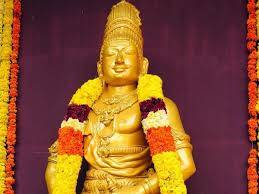 2. He conquered many kingdoms.

He conquered many other kingdoms. Coorg, Pandyas, Gangas, Nolambas, and Tadigaipadi are a few amongst many. The Eastern Chalukyas maintained a matrimonial relationship with the Cholans. He even conquered Quilon. His son Rajendra Chola conquered Kalinga and went beyond the Ganges and adopted the title Gangaikonda Chola

3. He had a keen interest in arts and literature.

After listening to short excerpts of Theveram in his court, the king set out on a mission to recover all hymns. Nambi Andar Nambi helped him in his conquest. He sent naval expeditions to the islands of Maldives. With the naval power, he occupied Ceylon and his son occupied some parts of South-east Asia.

Rajaraja’s death is shrouded in mystery. No one knows till date exactly what happened to the king. Some say he died of natural causes, others say he was killed by a woman. No grave can be traced back to him. The mausoleum that is shown now in no way proves that it is his. It is located in a remote village named Udayalur in Tamil Nadu.