MUMBAI: The special movie 'Paa' completes its 10 years in the world of cinema. We all remember the movie very well, especially the main character Auro (played by Amitabh Bachchan) has a special place in our hearts. On its completion of 10 years, Abhishek Bachchan penned down a heartfelt message for everyone associated with the movie.

Junior Bachchan took to his Instagram to share a lengthy post where he revealed that he was not sure of his role but later was convinced by the movie's director R Balki. He wrote, "Paa. 10 years already. This first film I produced. It would not have been possible without the conviction of this mad visionary called R Balki," read an excerpt from his post, in which Abhishek also revealed he wasn't too convinced about his role in the film and didn't even want to give it a shot. "Not many know, I didn't want to act in the film (wasn't convinced about my role) Balki and I were shooting an ad together and he spent the day convincing me. After hours of badgering, in an attempt to just get him to stop - I said yes!" 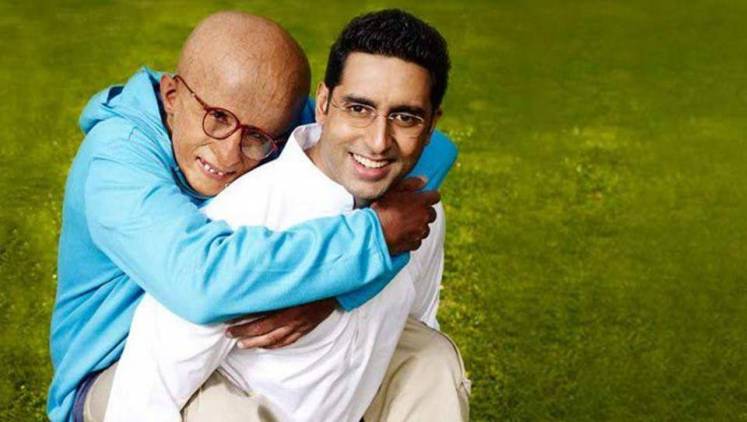 Also Read: Ranbir Kapoor and Deepika Padukone To Reunite For This Film?

'Paa' was the movie where Amitabh Bachchan and his son Abhishek reversed their roles. Auro, the special child was a 12-year-old boy who suffered from a rare disease called Progeria. Further in his post, Bachchan went on to share his experience while shooting for the film that will always hold a special place in his heart.

He then concluded thanking the other cast members and the audience. Abhishek wrote, "To Vidya, Arundhathi ji, Paresh ji and the rest of the cast for being flawless and so supportive. I owe you all so much gratitude (coz I'm sure I signed all your cheques). And lastly to the audience for seeing the film and making it such a success. Forever indebted."