Chennai: A postgraduate German student of Physics at the Indian Institute of Technology Madras (IIT Madras) had to leave for Amsterdam after his participation in the anti-citizenship act protest in India. Jacob Lindenthal, who was the student in IIT Madras, participated in anti-CAA protest that has landed him in trouble with the immigration department and he had to leave for Amsterdam this Monday. 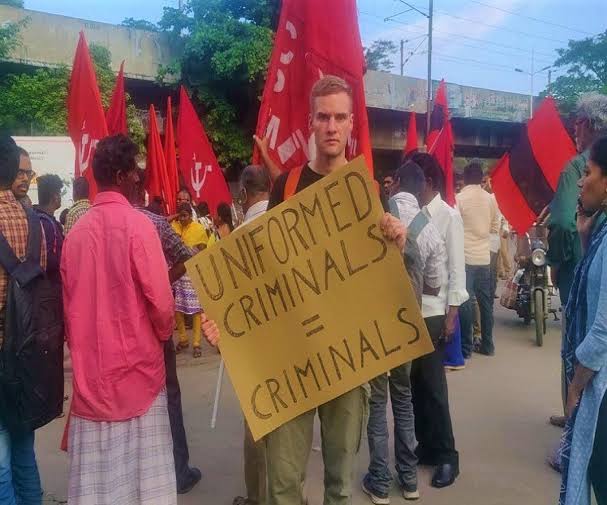 The German student said that officers have informed him that his participation in anti-CAA protest was part of violation of visa rules. He stated, "There were apparently administration issues with my visa. After ruling these out, I was extensively questioned by the immigration officer about my political opinion and then I was informed about the decision asking me to leave the country." He said that he was in Bengaluru on weekend when his coordinator told him that he should go to the immigration office. "I went there and was told that I have to leave the country. I now would be consulting my lawyer and decide my next course of action," said Lindenthal, who was in India through student exchange programme.

Talking about his participation in the anti-CAA rallies, he said, "I just accompanied my friends. I didn't raise any opinion or opposition. Since section 144 was not imposed till then, I just went with friends to Chepauk and Valluvar Kottam." He also clarified that whenever mediapersons asked them questions during the demonstration his statements were always based on the Indian Constitution.

While IIT Madras officials are yet to give statements the student has left for the Dutch capital on previous night as the immigration department asked him to leave the country before Tuesday morning or he would have to face deportation.