The Most Selling SUV Kia Seltos has these 4 Major Problems!

In India, Kia Motors launched it's Kia Seltos in August 2019. The booking crossed over 60,000 units making it the most sold SUV in the county. Now People who actually bought the car are facing a number of issues that are not even getting acknowledged by Kia. Read on to find out. 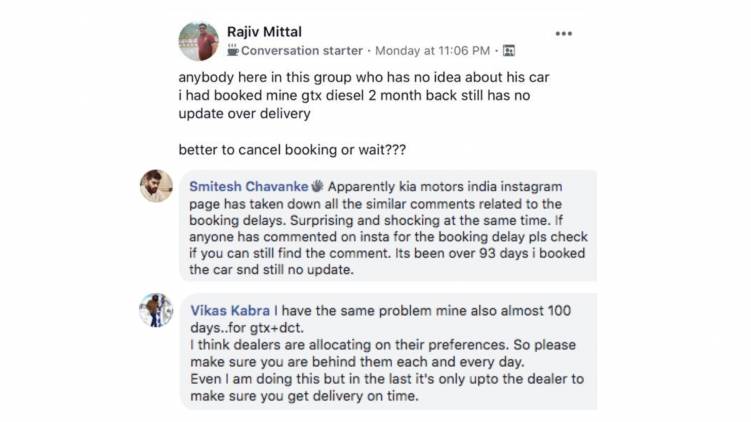 The primary complaint that is all over social media is that the people who have booked the Seltos are not getting the delivery on time.

Rajiv Mittal a man who booked Seltos's GTX diesel model posted on social media about how the company is not even responding upon the delayed delivery of the car. After he posted about it other people also shared their experience regarding the same.

2- No Customer Service/No Availability of the Spare Parts: Two people Rahul Kharjul and Shailesh Meena Gothada posted on Facebook about Kia's after service. These people are unable to get a service from Kia's service center. The vehicle is still in Kia's workshop for more than a few weeks now.

The reason behind this is the availability of the parts. 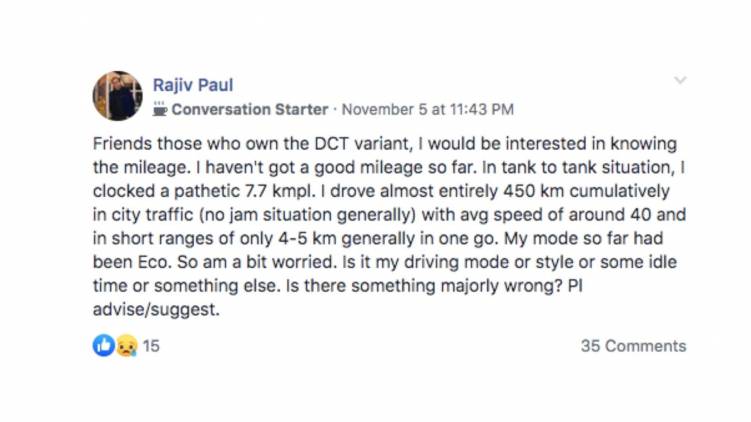 A person named Rajiv Paul took the mileage issue on social media. He told the public that on a tank-to-tank basis his DCT variant of Seltos gave him only 7.7 KMPL.

He took his car on a traffic-free route and then drove for around 450Km in order to figure out what was the reason behind this low mileage. People are facing lagging and hanging issues with the Seltos's Entertainment system. See the post above it was posted by a guy named Pradeep Khaire on Facebook where he described the issue he was facing. Guess what he is not alone many people are facing the same.

Also Read: Electric Or Petrol: Which Scooter To Buy? Comparison, Pros & Cons And Everything You Need To Know!

There is no official reply from Kia Motors yet. Let's wait and find out what Kia does about these issues.