5 Food Items That Were Discovered by Accident

ho knew serendipity was behind some of our favorite foods? The happy accident that resulted in chocolate chip cookies happened in 1930 when Ruth Graves Wakefield and her husband were running a tourist lodge near Whitman, Massachusetts.

One day, when she was in the middle of baking a fresh batch of Chocolate Butter Drop Dough Cookies (stop salivating), she realized she was all out of baker’s chocolate, one of the key ingredients used to make this popular old colonial recipe. Ruth then chopped up some Nestle chocolate and added it to the batter expecting it to melt and disperse through the cookie dough.

Instead, the chocolate pieces remained as they were and the world had its first chocolate chip cookies. Ruth’s recipe enjoyed grand success and its popularity led to the sales of nestle chocolate to skyrocket.

Soon a deal was made between Nestle and the Wakefield’s. In exchange for a lifetime supply of free chocolate, Nestle printed Ruth’s recipe called “Mrs Wakefield’s Toll House Cookies” on its boxes. Potato chips graced the world with its crunchy presence in 1853 when Chef George Crum was bugged by the repeated requests of a customer at Moon’s Lake House near Saratoga Springs, New York.

And like this, the humble potato was turned into potato chips.

The chips started getting mass-produced for home consumption but would quickly go stale in barrels or tins. In the 1920’s, Laura Scudder invented the airtight bag by ironing two pieces of waxed paper together. This kept the chips fresh longer. 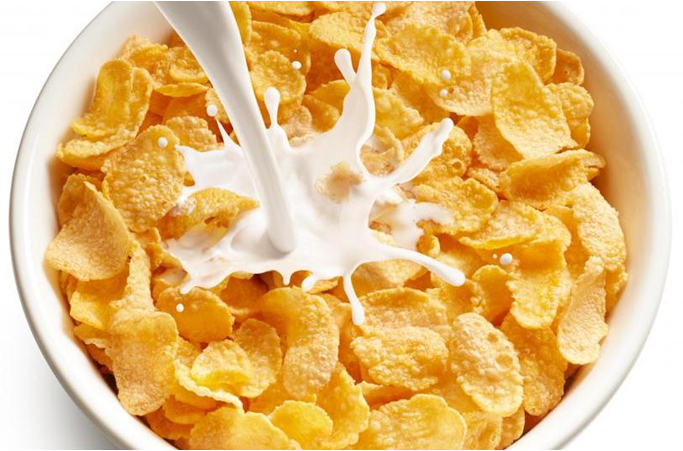 The Kellogg brothers, John Harvey and Will Keith were working with the Battle Creek Sanatorium in Michigan where they were searching for wholesome foods for patientsfollowing a strict vegetarian diet.

While trying to look for an alternative to bread, they boiled wheat and accidently left it sitting out. They came back to stale wheat and instead of throwing it out, they sent it through rollers, hoping to make long sheets of dough. What they got instead were flakes.
They baked these flakes and lo and behold- Kelloggs was born!

They substituted corn for wheat and got corn flakes as we know it today. Will created the company- Kelloggs but John refused to be a part of it because Will lowered the health benefits by adding sugar. While other kids were playing in dirt, this 11 year old was revolutionizing summer snack.

This sticky summer treat was discovered in 1905 by an 11 year old. Frank Epperson had received a soda making equipment. Excited to get on with making soda, he accidently left the sugary mixture out one fine freezing night. By the next morning, the stirring stick had frozen into the mixture and Frank woke up to the world’s first Popsicle. The young inventor called it the ‘Epsicle’ naming it after himself.

In 1924, he patented his invention and renamed it the ‘Popsicle’. John Pemberton was a wounded veteran who was addicted to morphine. He wanted to create a replacement for morphine to ease his addiction. After many failed experiments he made a formula with small amounts of cocaine and kola nut. Like this, the famous soda, Coca-Cola was discovered in 1886.

To this day, Coca-Cola continues to be a popular soda brand.