6 Most Loved Cuisines In The World

“There is no sincerer love than the love of food.”

eorge Bernard Shaw in fact summed up what almost every person feels in one sentence. And who can deny it; food really is one of the biggest joys in the entire world!

While there are people who eat to live, there are also food enthusiasts who live to eat. In either case, good food is always a requirement. People love to excite their taste buds with food and cuisines from new and different places. Indeed there are thousands and thousands of cuisines in the world. And there is amazing variety in the tastes as well.

Though all of them cannot be discussed in one article, here we bring you six cuisines from around the world that we believe are among the world’s most favourite: Why is Pad Thai such a sensation? Is it in its noodles or spices?

Thai dishes are made with the choicest of ingredients and sprinkled with flavourful spices that never fail to take people by surprise. Noodles and soup dishes are the most loved forms of Thai cooked food, of which the popular one being Tom Yum. Seafood and meat being the chief attractions of the cuisine, they bring to life the experience of placing the land on one’s tongue!The nation likes a little extra spice in its food so that it becomes difficult for people to forget the taste. While noodles rule the hearts of Thai food lovers, rice is also a contributor to its colourful array of food items. And let’s not forget Sticky Rice and Mango that elevate the meaning of sweetness in both taste and texture.

The cuisine is, after all, one of its kind! Don’t we all love to munch on a full bowl of nachos with sauce, while binge-watching our favourite TV series? We owe our gratitude to Mexico for its amazing snacks!

While the Thai prefer a little extra spice in their food, the Mexicans take it to another level by making their cuisine the spiciest in the world! The country thrives on chilies. In fact, Mexico grows almost 150 varieties of chili for its people.

Almost all Mexican food is incomplete without chilies. Their spicy salsa, which is basically a sauce, is made with various ingredients, each one better than the other.

The internet’s most celebrated Burrito and Taco are the signifiers of Mexican food habits. With its herbs, spices, tomatoes, chicken, veggies, meat, and beans, the Mexican cuisine steals the show with its richness in variety and flavour. Yum, indeed! While French words melt like butter in our mouth, so does its food. Yes, French cuisine is indeed the saviour of all baked goods! Baking is integral to the beautiful culture of the French, which has gifted us with bread and pastries.

Souffle is one of the most common French sweet or savoury dishes, and its fluff seals the freshness of the country’s finesse in cooking. Maintained by a perfect balance of vegetables and meat, French cuisine is popular for its stews and omelets. Cheese and seafood add to the culinary value of the nation’s cuisine, and there’s no doubt that people love them!

It would be unfair to discuss French food without mentioning its desserts. The amount of careful cooking has blessed the world with heavenly mousse, mouth-watering créme brulée, and toothsome crepe.

Lovers of delicious food, the French make sure that their dishes not only taste good but also look and sound desirable! 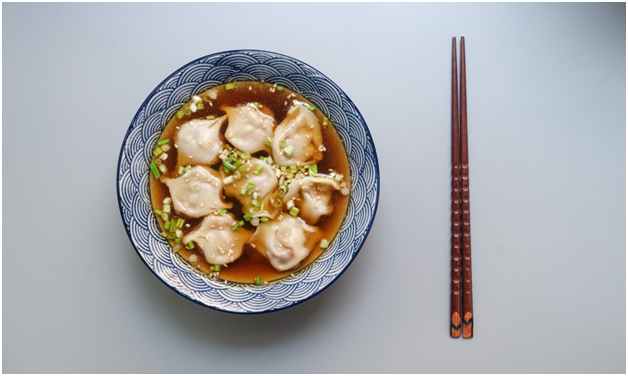 The entire world is a fan of Chinese food. Having the easiest take-out menu, Chinese food is not only appetizing, but also convenient. The combination of soy sauce and vinegar gives the cuisine its sweet and tangy nature. Whether it is Chow Mein or Fried Rice, people spend hours in debating what to choose - and end up having both!

Tofu is quite popular among the Chinese as it can be cooked in different ways. The country’s spring roll too reigns the snacks-department due to its versatility!

Dumplings, on the other hand, can also be stuffed with many things, but are mostly reserved for meat.

It often feels like Chinese food belongs to the world just as much as it does to its own nation. Our mouths are already watering! Marked by the land of diversity, India has an assorted range of dishes that equate the variety in its culture. Set apart by geographical demarcations, Indian food can be North or South - each one having a distinct taste of its own. While the rest of the world obsesses over Curry and Biryani, there are many other dishes worth trying in Indian cuisine. Equally spirited in both non-vegetarian and vegetarian food, North Indian food has its flavourful delicacies as Butter Chicken and Shahi Paneer. And just like any other Asian country, rice is the staple diet of India. Famous South Indian food includes Dosa, Idli, and Vada. All the Indian dishes are made with love and lots of spices, thereby surprising people with bursts of flavours! If it weren’t for the popular dish pizza, half the world would be starving! Italian cuisine is a globally-approved favourite cooking style adored by many. It’s not just the simplicity in its culinary tradition that attracts, but also its piquant flavour. Unlike most cuisines, the cooking method and use of ingredients is quite reserved in Italy. Italians don’t add a lot of ingredients and spices to their food, but it’s the lack thereof that makes it palatable.

Spaghetti Carbonara, for example, is the simplest Italian meal that can be cooked easily and turns out well. The Italians take their pasta very seriously, as there are different varieties of pasta meant for different ingredients. Cheese and olive oil are two very important members of their food family, which play an important role in shaping the fancy of Italian food.

Either in national dishes or street food, every cuisine has its own food cultures that the entire world loves! Well, these cuisines made our list of some of the most loved foods in the world. Want to add to it? Let us know in the comments.