Modi or No Modi - The Opinion of The Public

n the democratic India that we live in, we can exercise our right to elect our leader and decide whether that leader is doing justice to what they were elected for in the first place or not. Well, ever since Narendra Modi has been elected as our Prime Minister, the county has been divided into two halves – one for Modi and the other against him. Let us have a look at each side and have a look at what made him the Prime Minister of India for the second time after his full term ended, that too in majority.

If we are to take into account the economy of India in the last four years (Modi’s term), then, we will come to the consensus that it has definitely been negatively impacted due to the outcome of huge steps taken including demonetization and goods and services tax (GST). With the decreased fares on exports and no minimum wages laws enforced, there have been some very serious problems related to the job crisis as well as crisis in agriculture due to which there have been hundreds of protests.

The Modi government did follow a course of action to benefit the backward classes and the poverty-stricken classes of the society. With the various schemes introduced by BJP, it has been 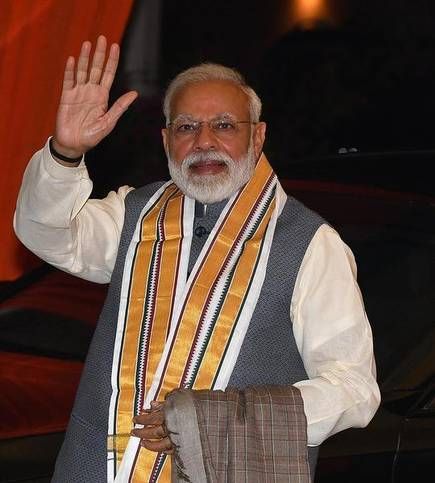 ensured that housing access, cooking gas cylinders, electricity, and a number of other basic necessities needed to stay alive have reached a large part of the population. This has made it very evident in the front of the entire country that the government will take into account the issues of everyone and treat them equally. It has also proved that all the laws remain equal for the poor and that they will never be With so many negative impacts too, how was Modi able to get the majority?

Though it is evident that what Modi brings to the table is not all rosy and that his actions have had some negative impact as well, he has been the popular choice especially amongst the youth. Why? Because he is promising. He has done what no other leader has thought of by bringing demonetization into the picture thereby showing everyone that he is willing to take risks for the development of the country and has the capability of thinking outside the box. He has been traveling across the globe and has managed to give a face to India amongst the other countries by building relations good relations with them. More so, he ensures that everyone knows the mother tongue of India – Hindi. When we go and vote for somebody, we always give preference to a superhero with a cape, thinking and doing what nobody else has ever thought of. Well, as far as I am concerned, Modi did just that by bringing in some power moves into the picture.

The only concern that remains now is that all those promises and issues that he had brought into the picture need to be resolved and now he really needs to act like a hero and do justice to the Indian economy. The next five years are going to crucial for PM Narendra Modi and his government for they really need to step up and show the country what they have been elected for and that they can live up to everyone’s expectations.

This has been the popular public opinion on Narendra Modi being elected as the Prime Minister for the second time in a row following into the footsteps of Late Jawaharlal Nehru.