The Struggle Behind a Soulful Voice: Arijit Singh’s Life Story!

hen we hear the name “Arijit Singh”. the first thing we think of is his soulful love songs that have captured the heart of the nation. It is often joked that Arijit Singh’s voice is so powerful that when listening to him, even singles begin to miss their non-existent partner!

He has won several awards for his beautiful renditions in various Indian languages. Quite often, he is been described as the “voice of our generation.” However, not many of us know the life story of this sensational singer. Let’s have a look!

Arijit Singh was born in the small town of Jiagunj, Murshidabad in West Bengal to a Punjabi father and a Bengali mother. He attended Raja Bijay Singh High School and later Sripat Singh College. Arijit describes himself as a decent student, but one who was more interested in music than studies. Noticing his avid interest in music, his parents enrolled him to get trained professionally under the Hazari brothers at the age of three.

Venturing Away From His Roots 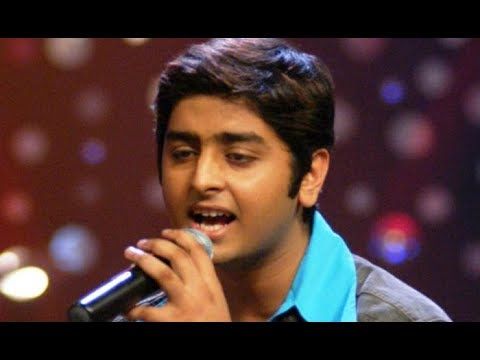 Singh’s gurus believed that he would face more success if he left his hometown and participated in major competitions that would get him noticed. His little town didn’t offer him as many opportunities as the showbiz hub of India, Mumbai, could. As a result, Arijit Singh took part in the reality show Fame Gurukul in the year 2005, when he was 18. However, he only finished sixth.

His talent was however noticed, and he sang “Yun Shabnami” for acclaimed director Sanjay Leela Bhansali’s then-upcoming film Saawariya. However this was not to be, and changes in the script resulted in the song getting shelved from the movie. He was then signed for an album with Tips Music, but that ultimately got shelved as well, and didn’t release. It seemed like every big opportunity was turning into a dead end for Singh. Clearly, the start of his career was quite rocky.

Taking Life Into His Own Hands

Despite this spate of bad luck, Singh was focussed on his goal and didn’t give up. He took some decisions that ended up turning his life and career around. He moved full-time to Mumbai to be in the thick of all the opportunities, where he lived in a small room and worked as a freelance musician. He decided to try his luck on television again, and took part in the reality show 10 Ke 10 Le Gaye Dil, and won. He used the Rs 10 lakh prize money to set up his own recording studio, and that’s when his musical career really took wings!

Singh then went on to work with renowned Indian musicians like Pritam, Shankar-Ehsaan-Loy, Sachin-Jigar, and Vishal-Shekhar. In 2010, he began singing for Bollywood as well as Telugu movies and was appreciated by his fellow musicians as well as the Indian public. Murder 2, Shanghai, 1920: Evil Returns, Players, Cocktail, and Barfi! are a few of the early movies Singh lent his melodious voice to.

However, Arijit Singh was really noticed across the country when he sang for the movie Aashiqui 2. It was a musical, requiring him to sing most of the songs for the hero, played by Aditya Roy Kapoor. His soulful rendition of the song Tum Hi Ho won hearts across the country and catapulted Singh into fame.

Arijit Singh won several awards for his versatile and soulful voice and was appreciated for his ability to hit high pitches. He has since worked with acclaimed musicians like Sajid-Wajid, AR Rahman, Amit Trivedi, and Pritam, and dubbed for top Bollywood stars like Ranbir Kapoor, Shah Rukh Khan, Ranveer Singh, and Tiger Shroff. His songs for the movies Haider and Pataakha where he worked with Vishal Bhardwaj were a huge success. He is widely acknowledged as one of the most popular and in-demand singers in Bollywood, alongside musical greats like Shankar Mahadevan, Sukhwinder Singh, and Atif Aslam. He sings for Bengali films and the South film industry too and is a multilingual maverick. Even though he has dabbled in several genres, Arijit is most famous for his love songs, that are always an instant hit with listeners.

In 2013, Singh married fellow Fame Gurukul contestant Ruprekha Banerjee. They reportedly fell in love during the competition, and Ruprekha emerged as the winner. However, the union was not a happy one and ended in divorce less than a year later. It is said to have been a messy divorce, and Singh steers clear of this topic in front of the press. The pain in Arijit Singh’s voice, speaks volume about the phases he must have gone through in his love life. But just like you get a ray of hope in his voice, Arijit found love again.

In 2014, he tied the knot with his childhood friend and neighbour Koyel Roy. He apparently wanted to marry her when he was younger, but destiny had other plans. By the time of his divorce, Koyel was also a divorcee with a baby daughter. These two childhood lovebirds found each other’s presence as a nest and got along.

Arijit wooed her by singing his romantic hit Tum Hi Ho, and Koyel was bowled over. They are happily married with two sons of their own plus Koyel’s daughter from her first marriage and live in Andheri, Mumbai.

Despite being known mostly for his beautiful voice, Arijit Singh is actually a regular guy with regular interests. He loves badminton, cricket, and football. Among his favorite sports personalities are Saina Nehwal, Sachin Tendulkar, and Lionel Messi, among others.

Of course, listening to music is a major hobby of Arijit's. He loves vintage Bollywood music, ghazals, the music of Coldplay, and Norah Jones, with whom he said he would love to work with someday. He considers Indian singer Sonu Nigam to be his idol, and Nigam also stated that he has learned from Arijit Singh’s unique vocal style.

Not Used To Life In The Spotlight

Arijit Singh is an extremely shy person and claims to be uncomfortable with all the media and fan attention he gets due to his fame. A story even goes that a talk show host had a tough time getting Singh to agree to be featured on the show, due to his extreme shyness!

However, he seems to be dealing with his shyness, as he not only sings playback but performs live in concerts in India as well as around the world.

We wish this talented singer the very best of luck in his future endeavours, and look forward to hearing more heart-stirring, soulful numbers by him!