Rajinikanth: The Actor that Students Learn About

ajinikanth had a journey filled with ups and downs going from an aspiring actor who couldn't pay for acting school to the greatest cinema superstar in India. His story is so inspiring that it now forms a part of the CBSE curriculum. 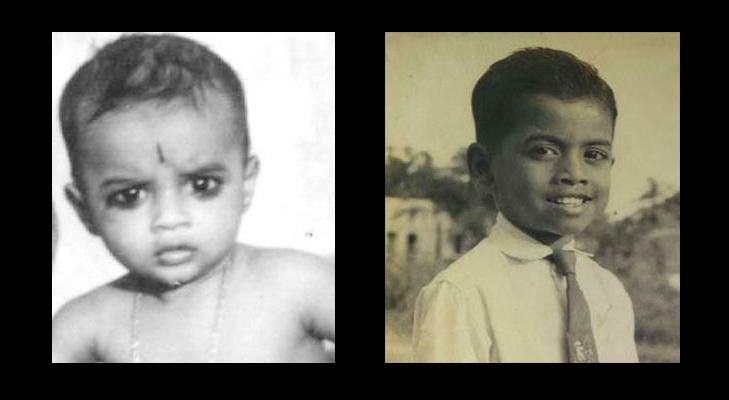 “I will die poor but not as a coward.” – Rajinikanth

Rajinikanth was born on 12th December 1950 in Bangalore, which was then in the Mysore state. His father Ramoji Rao Gaekwad was a police constable and his mother Ramabai was a housewife. Rajinikanth was originally named Shivaji Rao Gaekwad in honor of the brave Maratha king, Chhatrapati Shivaji. He grew up as a bilingual, speaking in Marathi, his mother-tongue, at home and Kannada, the local language of Bangalore. He grew up in the Hanumantha Nagar suburb.

Rajinikanth was the youngest of four siblings. His brothers are Satyanarayana Rao and Nageswara Rao, and he has a sister Aswath Balubhai.

He was intelligent and as well as a naughty student, who was good at sports. He was later enrolled into Ramakrishna Math, which is a kind of Hindu monastery. Here he learned the importance of spirituality in life along with the Vedas and other Hindu traditions.
He lost his mother at a very young age of 9 years old.

Found His Calling At A Young Age

It was in the Math that Rajinikanth started acting in various plays. His passion for acting started from the various epic roles from Hindu mythology that he played, such as that of Eklavya’s friend. "God gives a lot of things to bad people, but he will let them fail eventually. God tests good people a lot, but he will never let them down.” - Rajinikanth

The play, as well as Rajinikanth’s acting, was hugely praised by the audience which also included D. R. Bendre, a Kannada poet.
One of the most popular roles of Rajinikanth from when he acted in the theatrical plays of his school was that of the antagonist in Mahabharata, Duryodhana, and the play was titled Kurukshetra.

While he was still in high school, he invented the iconic cigarette flip to prove that he was cool enough to join a gang of school students.
After he finished his pre-university education, he started working several odd jobs. At different points, he worked as a coolie and a carpenter before being hired for the job of a bus conductor in the Bangalore Transport Service. His salary was only rupees 750 per month.

While working as the bus conductor he met his friend and co-worker Raj Bahadur. Bahadur encouraged him to join the Madras Film Institute to learn acting. Rajinikanth adhered to his friend’s suggestion even though his family did not support his decision. During the time that he studied at the Madras Film Institute, Bahadur supported him financially.

An Advice Which Changed His Life During this period he was spotted by director K Balachander, who gave him a small role in the film Apoorva Ragangal in 1975, thus kick-starting a glorious acting career spanning over four decades.

His debut role was widely acclaimed, and The Hindu went on to dub him as a ‘dignified and impressive’ actor.
At the Play where Balachander spotted Rajinikanth, he was also advised to learn Tamil. Rajinikanth considers Balachander to be his teacher and he is perhaps the only person who can chide him. Rajinikanth’s career started with several films where he played negative roles such as that of an abusive husband, rapist, and other similar roles.

Rajinikanth idolizes the veteran actors like Sivaji Ganesan, whom he considers to be his biggest source of inspiration, Rajkumar and M. G. Ramachandran.
His first positive role was in the 1977 film Bhuvana Oru Kelvikuri, directed by S. P. Muthuraman. This director-actor duo went on to collaborate on 25 more films.

Fame Which Knows No Bounds Rajinikanth’s fame and stardom crossed all bounds, and he is now one of the most famous artists of all time. He has over 76,000 fan clubs worldwide.
His fans are not only Indians but also Japanese, Europeans, Americans, and many others. He has fans in almost every continent of the world.

He has worked with several notable actors in Kollywood as well as Bollywood. Some of them Amitabh Bachchan, Aamir Khan, Aishwarya Rai Bachchan, Kamal Hassan, Vijay Sethupathi, and many others.

Within the first decade of his acting career, he had already completed a hundred films.
Rajinikanth has a Midas touch, and almost all of his films are a superhit at the box office. However, he does not attend any of the public screenings of his films.
He has worked in films in several languages; Hindi, English, Bengali, but he has never acted in Marathi films even though it is his mother tongue.

Real Life as Interesting as the Reel Lives Rajinikanth met his wife, Latha when she was in college and interviewed him for her college magazine. The two got married in February 1981. They have two daughters Aishwarya and Soundarya. Latha Rajinikanth now runs a school which is called ‘The Ashram.’

Rajinikanth has been vocal about his opinions regarding the political situation in Karnataka. His fans have asked him to enter into politics for a very long time. Finally, in 2018 he announced that he would be standing for the 2021 Tamil Nadu Legislative Assembly elections from all the seats in Karnataka. He claims that his party would resign if they fail to fulfill their promises within the first three years after getting elected.
Rajinikanth’s rags-to-riches story is also featured in the CBSE books. He is the only Indian actor to be featured in a school book.

Always a Humanitarian, Inspiring Others Rajinikanth is a deeply spiritual person and visits several temples regularly. After the release of his films, he takes a break from city life and goes to the Himalayas for a while.

He constantly encourages his fan to do good for society. As a result of which, on his birthday they organize several blood donation camps, feed the poor, and do many other humanitarian works. In 2012 his fans even renovated the primary school where he studied. Rajinikanth was given the title of “Superstar” as a promotional stunt for his film Bairavi, by Kalaipuli S. Thanu in 1978. Ever since then, no other actor has come anywhere close enough to the superstar title.

There are several other titles similar to it such as ‘Little Superstar’, ‘Young Superstar’ and a few others. Be that as it may, Rajinikanth’s image and popularity has only grown and cannot be diminished by any other actor. 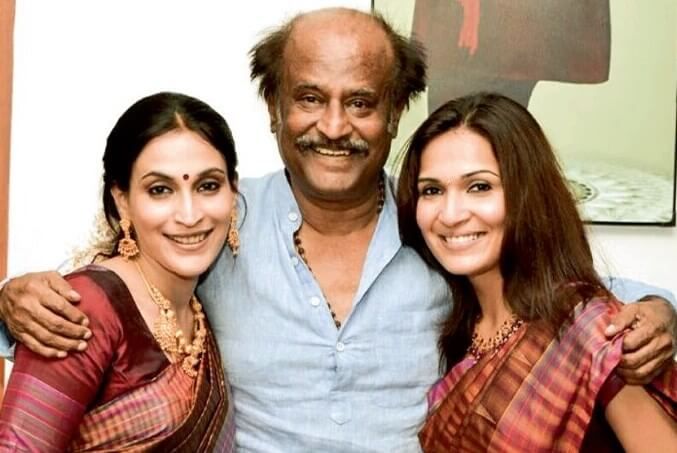 Soundarya Rajinikanth is a film producer. Rajinikanth’s daughters Aishwarya and Soundarya are happily married. Aishwarya got married to the actor Dhanush in 2004 and the couple has two sons Yatra and Linga.
Soundarya was married to the industrialist Ashwin Ramkumar in 2010, following which the two had a son Ved Krishna. However, in 2017, the couples split due to several differences between them.

Rajinikanth supported his daughter through her marital troubles and her decision to split with her husband all the while providing her emotional strength. In February 2019, Soundarya got married for the second time to actor-entrepreneur Vishagan Vanangamudi in a small but lavish wedding ceremony.
Many celebrities are invited to this wedding ceremony. Rajinikanth personally invited the Chief Minister of Tamil Nadu Edappadi Palaniswami. The other guests included Kamal Haasan, Stalin, Thirunavukkarasar. While many other celebrities took to social media to wish the happy couple.

Rajinikanth is a critically acclaimed actor and has received numerous awards and countless nominations. He has won Filmfare Award, Tamil Nadu State Film Awards, Raj Kapoor Award, NDTV award, Vijay Award, and many other awards for his acting. He was also named the Most Influential Person in India by Forbes, Entertainer of the Decade by NDTV as well as named among the 25 Greatest Global Living Legends.

He has also received the Padma Bhushan (2000) and Padma Vibhushan (2016) awards by the Government of India.