Fight for the sake of duty, treating alike happiness and distress, loss and gain, victory and defeat.Fulfilling your responsibility in this way, you will find me right by your side. In your beliefs. In your actions. You’ll find me in yourself.

ime and again, valiant heroes have risen from the ashes of India’s destruction to fend off foreign invaders and restore peace and harmony to their motherland. Over the years, countless brave men and women have laid down their lives in the service of their country, with a majority of them being honoured in our memories. Their stories have been the centerpiece of folklores far and wide, and for many people they have been nothing short of an inspiration. Their heroic tales have been etched into our minds and their courageous acts have been told over and over again. But not today. For today, we’ll honour a hero who is still unknown to many people. The hero, whose very name, instilled crippling fear into the hearts of Turkish invaders. A man of utter grit and determination. For today, we unfold the pages of his forgotten story. 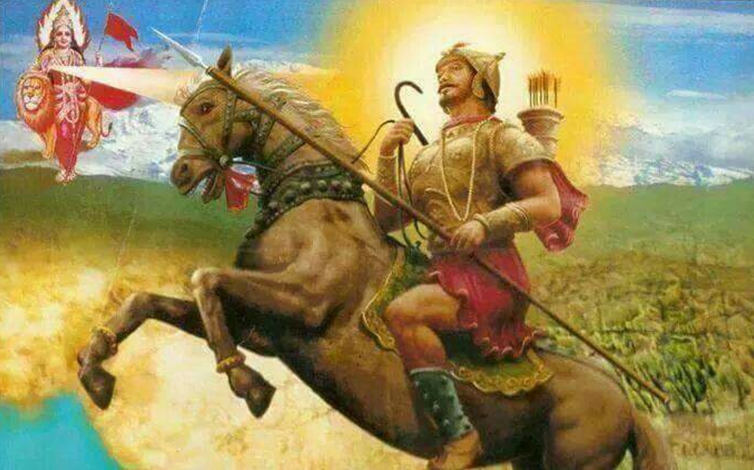 Few of us are aware of the fact that the incessant invasions by the Sultan of Ghaznavi, Mahmud, had put a great dent on the invincible image of India. Everyone knows how Sultan Mahmud had desecrated the holy Somnath Temple in Gujarat. His annexations provided an easy passage for Muhammad Ghori. However one fact that eludes historians is the 150 years gap between Mahmud and Ghori’s invasions, where no one even dared to set foot in India.

Today, we shall talk about the glorious Battle of Bahraich, where transcending every barrier of caste, creed, region and religion, the noble warriors of India had pummeled the barbaric nephew of Sultan Mahmud, thereby restoring the lost pride of India. A book by author Amish Tripathi on Raja Suheldev’s

The tale begins in 1011, when the Muslims of Ajmer sought help of Sultan Mahmud against the local Hindu rulers. The Sultan accepted their demands, thereby establishing his influence on Ajmer. Soon enough, Salar Saiyyad Sahu defeated the rulers of Ajmer, bringing it under the rule of Sultan Mahmud. Pleased with his performance, the Sultan married off his sister to Salar Sahu, with whom Sahu bore a son, Saiyyad Salar Masud in 1014. As barbaric and cruel as his uncle, it was upon Masud’s suggestion that the Sultan sought to tear apart the Somnath Temple. Seeking to invade the Indian Peninsula, Masud, at the bare age of 16 had managed to bring Delhi, Multan, Meerut, Kannauj and Varanasi, under his fold. He faced some resistance in Bahraich, which was eventually dispelled with the arrival of his father, Salar Sahu. With the ambition of bringing whole of India under Islamic rule, Salar Masud was just an extension of the brute barbarian that Sultan Mahmud had been. However, fate had something else in store for him. Now it happened to be that there was a province near Bahraich named Shravasti, whose ruler Mordhwaj had rebelled against Masud. Losing against Masud, Mordhwaj had to face great difficulties in his route to the throne of Shravasti, and none knew it better than his eldest son, Suheldev. Suheldev was resolute in his aim: defeat the invading forces from Ghaznavi kingdom and restore the pride of Sanatan Dharma. And he got this golden opportunity in 1304.

Despite multiple attempts by Masud, the rulers of Bahraich refused to accept his suzerainty. In order to suppress the rebellion, Saiyyad Salar Masud himself arrived at Bahraich in 1033. On seeing the ruins of a Temple dedicated to the Sun God, he was livid by its grandeur and aura. He wanted to destroy the entire complex and replace it with the mosque, which turned out to be the greatest mistake of his life. Suheldev arrived at Bahraich and declared war against Masud. Suheldev had managed to bring thousands of warriors under one fold. And then began the war of 1034. Unfortunately, not much has been written about the war. However, according to the historical epic Mirat-e-Masudi, written by Sufi saint Abdur Rehman Chishti, Suheldev brutally defeated Saiyyad Salar Masud and left him to die on the battlefield. A statue erected in the honour of Raja Suheldev.

And with this, we conclude the story of Raja Suheldev. His defeat of Saiyyad Salar Masud was so brutal that no invader dared to set his eyes on India for the next 150 years. May be he didn’t find a mention in the ancient history which we’ve been taught since our childhood. But that doesn’t matter. His is a story of utmost bravery. And yes, we didn’t give him the legacy he deserved. But, sometimes, heroes don’t look for recognition. They look for salvation. And what greater salvation than protecting and defending one’s motherland. For sometimes it doesn’t matter what the future reminisces about you. What matter is who you choose to be. And that is what defines you. That is what defines heroes.