erhaps the most famous quote from Shrimad Bhagvad Gita, this shloka is uttered by Lord Krishna, referring to the time when chaos and disorder will rise from the shadows, the Lord will reveal himself to guide civilization back to the path of righteousness.
Now the question that naturally follows is: What exactly does this shloka have to do with Nalanda University? And to understand why, you would’ve to spare a few minutes of your time, and go through this article. And trust me you’ll not be disappointed. For it’s not just some random article. It’s the unravelling of a dark past. The unfolding of some murky secrets. It’s the telling of Nalanda’s untold history.

Let’s start from the beginning. Remains of the Nalanda University in Bihar

Nalanda University was one of the first universities in the world, founded in the 5th Century BC, and reported to have been visited by the Buddha during his lifetime. At its peak, in the 7th century AD, Nalanda held some 8,500 students and 1,510 teachers when it was visited by the Chinese scholar Xuanzang, who exclusively wrote about the university in his travel memoirs. Nalanda, a conjoined word made up of two words: “Nalam”; a Sanskrit word for lotus which signifies wisdom and knowledge, and “Da” meaning ‘to give’, denoted a place which imparted wisdom and knowledge.

Nalanda was widely considered to be the greatest of all ancient Buddhist monasteries and the world’s first residential institution. On one hand the University had courses for ancient medicines and Vedic studies, while on the other, it taught the three departments for Buddhist Tripataka, i.e. Vinay, Sootra and Abhidhamma. Aspiring students had to undergo a rigorous entrance test, to secure admission in this prestigious institution and compete amongst the best in the world.

And one day everything ceased to exist. The once mighty citadel of knowledge turned to dust. And all of it was orchestrated by a cruel assailant named Mohammad Bin Bakhtiyar Khilji. Now, Bakhtiyar Khilji was just another man in Qutb al-Din Aibak’s army, who later rose to the status of military general after his plunder of Nalanda University. Having zero influence in the Delhi Durbar, Khilji was struggling for recognition & prominence, and was looking for an opportunity to prove himself worthy of a military leader. As soon as news reached him of a University situated in Bihar, which was an important centre of Buddhist education and knowledge, as well as involved in regular practice of Hindu scriptures, Khilji was possessed by an insatiable urge of destroying it.

Determined to re-write history, Khilji ransacked the University, killed the teachers and razed it to the ground. He set the library on fire, which according to legends, burned for 3 months. Those who survived this massacre, fled to Tibet. Others less fortunate, fell prey to Khilji’s devious actions. 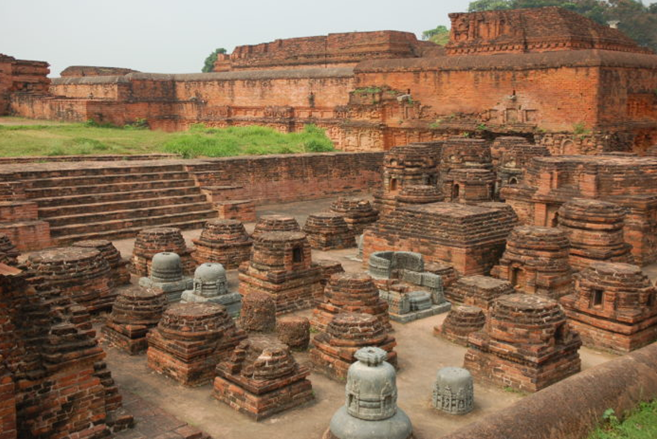 All said and done, this was the first ever documented act of terrorism against education. Killing innocent teachers and students to prove oneself worthy, is something that’s unimaginable. Even to this date, whenever ISIS captures an area/city, it always destroys the education sector first.

Now coming back to the pertinent question: What’s this got to do with the Stockholm syndrome? Stockholm syndrome is a medical condition where the tormented bond with their tormentors. In this case, there’s a town named Bakhtiyarpur in Bihar. So basically after everything that Khilji took away from Bihar, the state takes it all back by naming a town after him?

The greatest gift one can give someone is immortality. And Bihar gave this gift to its biggest tyrant. Bakhtiyarpur Junction in the city of Bakhtiyarpur, named after Mohammad Bin Bakhtiyar Khilji

Terrorism against education is the worst kind of crime possible. The world is falling into a deep pit of chaos and disorder. It’s trying times like these when people place their faith in the Almighty. The Shloka in the opening paragraph is an advice. No, the Lord won’t come down himself and hold our hands to guide us down the right path. We have to fight our own demons. We have to realize it’s high time we honour our real heroes instead of naming streets after monsters. Our world is a changed place now, and none of us can go back. All that we can do is our best. And sometimes the best we can do, is to start over.