r. and Mrs. Dursely, of number four, Privet Drive, were proud to say that they were perfectly normal, thank you very much” and I was hooked. As a self-proclaimed Potterhead, I remember the first line of the book that took me into an unforgettable magical journey. Harry Potter was my go-to when I was sad, happy, tired...basically all the time. Yes, I read other books too, but Harry Potter holds a special place in my heart as it does in the hearts of millions. After all, it brings back sweet childhood nostalgia.

Even after all these years, it continues to surprise and delight fans with tiny hidden details. Did you miss these details too? Read on to find out.

1. Fred and George Weasley were born on April Fool’s Day Our favourite twin pranksters were amusingly born on April 1, 1978. We know that JK Rowling and Harry Potter share the same birthday but not many know that the Weasley twins were born on April fool’s day- the international prankster day and fittingly!

Did you notice how an evil character or a Horcrux 3. The hidden message in the Mirror of Erised

Featured in the first book, Harry potter and the Sorceress stone, the Mirror of ‘Erised’ when spelled backwards reads “desire”, just like it would appear in a mirror! The inscription reads “Erised stra ehru oyt ube cafru oyt on wohsi,” which, when read on a mirror says, “I show not your face but your heart’s desire”

Dumbledore was sleek. Sounding all wise he explained to Harry that the mirror reveals “nothing more or less than the deepest, most desperate desire of our hearts”, when the entire time the explanation was inscribed right on the mirror.

4. Rowling hinted about Snape’s ability to read minds from the start We know that Snape is an expert Legilimens, a fact that was hinted at in the Harry Potter and the Sorceress Stone.

“Could Snape possibly know they’d found out about the Sorcerer’s Stone? Harry didn’t see how he could—yet he sometimes had the horrible feeling that Snape could read minds.” In Harry Potter and the Chamber of Secrets, when the golden trio was trying to figure out what Tom Riddle did to get a special award for services to the school, Ron jokingly said “Maybe he got thirty O.W.L.s or saved a teacher from the giant squid. Maybe he murdered Myrtle; that would’ve done everyone a favour.” 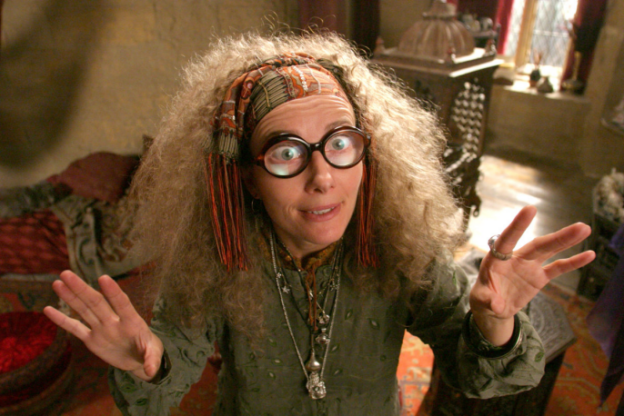 Remember in Prisoner of Azkaban, when Professor Trelawney said “I dare not, Headmaster! If I join the table, we shall be thirteen! Nothing could more unlucky! Never forget that when thirteen dine together, the first to rise will be the first to die!”

Now, turns out that there were already 13 diners, thanks to the ratty Pettigrew. Dumbledore rose first and was the next to die. In Harry Potter and the Order of the Phoenix, in order to get into the Ministry of Magic, Mr. Weasley punches the number 62442, which spells magic on the phone pad.

8. The clue on the Marauder’s Map 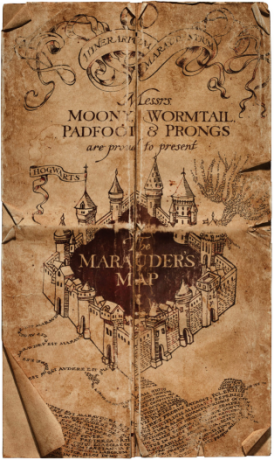 “Messrs. Moony, Wormtail, Padfoot, and Prongs, Purveyors of Aids to Magical Mischief-Makers, are proud to present the Marauder’s Map.”

The Marauders died in the reverse order from the order they were listed on the map. James (Prongs) died first, followed by Sirius (Padfoot), Pettigrew (Wormtail), and finally Lupin (Moony).

9. Fred and George hit Voldemort on the face 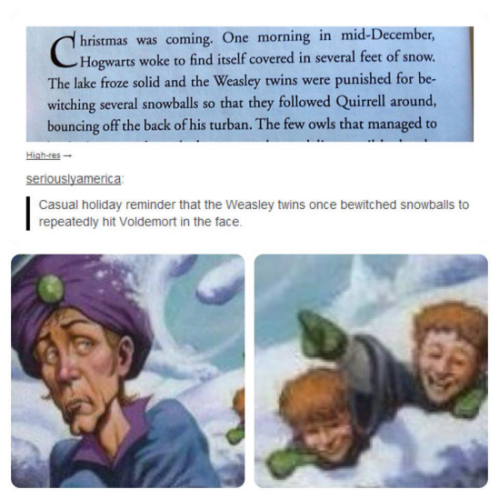 If you all remember, in the Sorcerer’s Stone, the Weasley twins were punished for bewitching snowballs that followed Quirrell around, bouncing off the back of his turban. Here, Voldemort was sharing Quirrell’s body and his face was hidden beneath the turban.

This means that Fred and George were basically hitting Voldemort in the face! 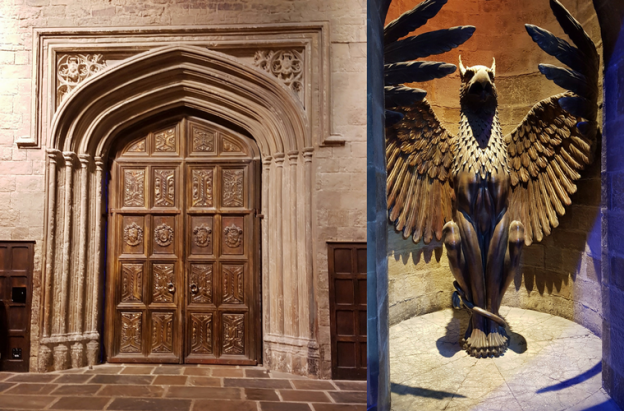 The door-knocker on Dumbledore’s office door was a Griffin...a “Griffin-Door”, get it? Was it because Dumbledore was a Gryffindor?

These tiny details just go on to show how grand Jo Rowling’s vision was. She exactly knew how she wanted to unravel the rest of the story. The magical world of Harry Potter continues to be the talk of the town even after all this time. Always! (Sorry, I just had to!)