Remembering the Epic Cartoons of the 90s

hat a hit of nostalgia! The 90s and early 2000s were an exciting time to be a kid. With hopscotch, bucket hats, Goosebumps, and Venga boys, the world was ours to take over, or so we felt. An intense Super Mario gaming session followed by a laughter riot-courtesy of Tom and Jerry marked the perfect day. No responsibility, No stress, No Facebook. Those were truly the golden days and we didn’t even know it. Let us take a quick trip down memory lane and fondly revisit our favorite cartoon shows. Our beloved boy-genius, Dexter managed to build an entire secret laboratory (an object of my envy back then) hidden behind a bookcase in his bedroom. Easily eluding his clueless parents, he cannot seem to get a break from his hyperactive and annoying elder sister Dee Dee.

This pair of whacky siblings was truly a delight! The show is based on the lives of the coolest fourth graders I knew, TJ and his Gang as they together faced the challenges of a clichéd school environment. With a mix of different personalities, Recess creatively focused on embracing one’s individuality and placed great importance on the depth of its characters.

While Spinelli taught us to stand up to bullies, Gretchen showed us that it was okay to be a nerd. Yes, the show was super fun and all that but it was also inspiring.

TJ Detweiler was the epitome of cool! Blossom, Bubbles, and Buttercup- The superhero sisters, often vain, mostly brave were hilarious. Apart from fighting monsters, and who could forget, MOJO JOJO, they also dealt with normal issues and sibling rivalry.

Anybody remembers the time when Bubbles and Buttercup gave the pretty Blossom an accidental and a rather mean haircut? Who lives in a pineapple under the sea?

Was it just me or did the Krabby Patties actually look delicious?

The excited, talking sponge lives in Bikini Bottom, works at a fast-food restaurant, goes to a boating school and is best friends with a starfish.

The misadventures of SpongeBob were satirical, silly and very entertaining. He often displayed annoying behaviour, much to the dismay of his grumpy, bogged down by life neighbour, Squidward. Our first introduction to oxymoron’s and horror-comedy, Courage the Cowardly Dog was downright creepy and commendably creative. Courage, the pink dog, lives with Muriel, a kind old lady and her grumpy, foul husband in the middle of nowhere.

I am not going to lie, this show was scary. The only thing better than a dog is a big dog!

Scholastic book fairs were always looked forward to with excitement because of Clifford. Although a puppy, he is giant-like in size. He is owned by Emily Elizabeth, who is often seen riding him like a horse.

Clifford has stood the test of time and the book series is still widely popular amongst children. The futuristic counterparts of our beloved Flintstones, The Jetsons live in the space age. They have a robot maid and a talking family dog. As kids, this is exactly what the future looked like, with push-button conveniences and an autowalk strip right in the living room!

The Jetsons theme song is really catchy and rather fascinating. Have a look! Eccentric, exciting and adventurous- The Wild Thornberrys is a show about a nomadic family of filmmakers. Eliza, the family’s younger daughter can speak to animals. This unusual gift was bestowed upon her on the condition that she will not tell any human about it.

They are certainly not your regular family. The Thornberrys live in a camper and travel around the world making documentaries.

This show gives you a whole new perspective on the lives of innocent animals. 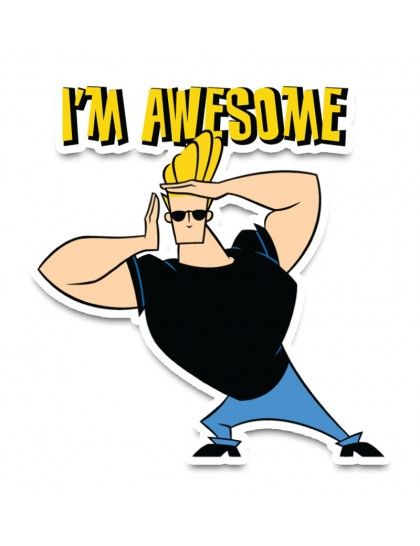 Muscular, dim-witted and narcissistic, Johnny Bravo is all that and more. He is also a self- proclaimed womanizer who unsuccessfully tries to get women to dating him with his offensive pick-up lines. He is lame and his narcissism in the face of hard-hitting failure is absolutely hilarious.

As kids, some jokes must have been lost on us, but with its adult humor, Johnny Bravo continues to be entertaining even today. The show revolves around a group of 5 kids who are a part of a global organization for kids known as Kids Next Door or if you were a cool kid ‘KND’. They fight teen and adult villains and are ultra cool! Their codenames- Numbuhs 1, 2,3,4,5.

They are rebellious only to the “bad” adults and are very respectful towards the “good” adults.

Too bad they don’t make cartoons like these today. Let us know your favorite one in the comments.