rom unsolicited sudden loud noises, to creepy dolls- the horror genre has been giving audiences the heebie-jeebies since the dawn of moving pictures. Filmmakers have upped their horror game, as they continue to terrify their audiences in high definition.

If getting scared out of your wits is your thang, you are in the right place. Here is a list of 8 horror movies that will give you sleepless nights; and should you fall asleep, nightmares.

1. A Nightmare on Elm Street Sure!You have the occasional nightmares; but you certainly don’t expect a disfigured maniac waiting to slash you in your dreams. The whole idea of falling asleep to never wake up is suffocating and truly terrifying.

The menacing Freddy Kruger, with his burned visage is what nightmares are made of. The child molester and murderer, set free on a technicality, is killed by an angry mob of parents. But undead and uglier than ever, he continues his rampage through the dreams of their children. 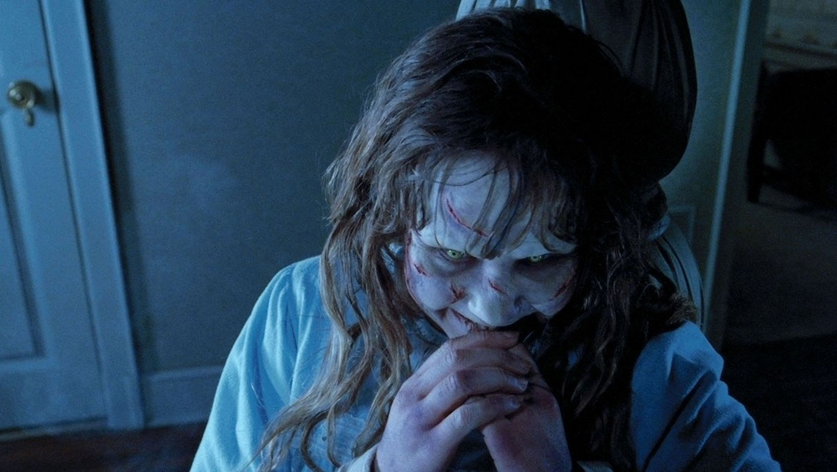 Considered by many to be the scariest films of all times, ‘the exorcist’ is based on William Peter Blatty’s novel of the same name. The movie follows the exorcism of a possessed child as her helpless mother calls upon the help of two priests.

The intense acting and terrifying special effects created such an ominous atmosphere that the production itself was rumoured to be cursed. Nearly everyone working on the film was said to have been injured, fallen ill, or suffered a death in the family. Based on Stephen King’s novel of the same name, ‘the shining’ has all the ingredients for a classic horror film; there are silent twins, waterfalls of blood, and a spooky kid.The vivid cinematography and Jack Nicholson’s frantic performance in this claustrophobic experience builds up to surreal ending. This hit gave us pop-culture references that refuse to fade away- like the famous line “all work and no play makes Jack a dull boy”. Based on Ira Levin’s best-selling novel of the same name, Roman Polanski’s ‘Rosemary’s Baby’ is a master psychological thriller. The story follows a paranoid, pregnant woman who suspects that an evil cult wants to take away her baby for their satanic rituals.

Spreading panic in the audience, Polanski successfully puts the viewer in the protagonist’s shoes.
Where is the holy water at? The story follows the famous paranormal investigator couple or ‘Demonologists’ Ed and Lorrain Warren as they try to unearth the evil plaguing the Perron family.

The purportedly real-events of paranormal activity in a farmhouse in Rhode Island inspired ‘The Amityville Horror’ story. Perfect for a Friday night, the film gives you a satisfying horror experience.

6. The Exorcism of Emily Rose Loosely based on the true story of Anneliese Michel who underwent an exorcism during the year before her death, ‘the exorcism of Emily Rose’ is a supernatural horror crime film starring Laura Linney and Tom Wilkinson.

The movie explores both the religious and scientific explanations leading to her death. The movie is truly horrific and leaves you sad as you see poor Emily fighting her demons. An unsuspecting American girl goes to Germany to attend a prestigious ballet academy but soon discovers that it is run by witches. What follows is murders and mayhem. The use of exaggerated colours (primarily red), makes the film visually stunning.

Suspiria is a testament of brilliant filmmaking that haunts you with the most magnificent death scenes in modern cinema. The movie follows a group, as their car breaks down on a trip across Texas. What unfurls next is a series of traumatic events as they are terrorized by Leather-face, a psychopath wearing human skin, who eats the flesh of his victims and uses their bones as accessories.