5 Tragic Artists of All Times

rt gives life purpose. What is life without songs, without the rhythm of free movement, without the colours on a blank canvas, without the stories from faraway lands and the days of yore? Art has the ability to touch our souls and by rightful extension, the artists themselves.

Pain as a prerequisite for artistic achievement and critical acclaim has become a recurring and a somewhat worn-out theme in movies. While, certainly pain and suffering is not the price for great artistic talent, some artists have led tragic lives behind their beautiful legacies. The movies then, are not entirely wrong and manage to paint a picture that stands true for the following artists.

The famed author of The Bell Jar, Sylvia Plath was an American poet, novelist and a short-story writer. Her work echoed her personal experiences and struggle with depression.One of the most influential female authors of her time, Plath was diagnosed with clinical depression, which was followed by multiple electroconvulsive therapies (ECT). On 24 August, 1953, she attempted her first medically documented suicide.

In 1955, she graduated from Smith College with the highest honours and went on to study at the Newnham College on a Fulbright Scholarship. In 1956, Sylvia met and soon married Ted Hughes, an English poet. Ted tested her love by being unfaithful during their marriage, which ended in 1962. The demons from her past were once again awakened and her depression returned.

In 1963, Sylvia Plath placed her head in the oven with the gas turned on, while her children slept in their rooms. She had placed wet towels under their doors. She was just 30 years old. Anne Sexton struggled with depression almost her entire life. She was diagnosed with bipolar disorder. Through her confessional poetry, she explored dark themes, suicidal tendencies, and intimate details from her private life. Sexton won the Pulitzer for poetry in 1967 for her book Live or Die. And die she did.

In 1974, she put on her mother’s fur coat, removed all her rings, poured herself a glass of vodka as she slowly waited for her death in her garage. She started her car engine, thus, ending her life by carbon monoxide poisoning. Saxton made a mark with her personal and emotional themes. However, apart from her life’s work, she is kept alive in memories through a disturbing controversy. It was revealed that Saxton physically and sexually assaulted her daughter. 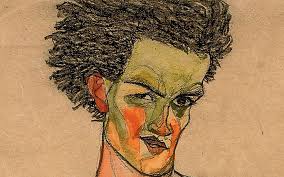 A famous (or infamous some might argue) figurative painter, Egon Schiele was known for full-frontal portraits of naked women and on occasions, himself. The twisted, oddly posed portraits displaying blatant eroticism outraged the society, also landing him in prison for a period of 24 days. A protégé of Gustav Klimt, Egon’s intense, unapologetic themes circling around nudity is critically acclaimed today.The Austrian painter’s talent, however, was brought to an abrupt end. He died merely three days after the death of his six months pregnant wife due to the Spanish Influenza outbreak of 1918. He was just 28 years old. One of the most influential English romantic poets, Shelly is credited with classic poems such as Ozymandias and Ode to the West Wind. While his art did not see much recognition during his lifetime, it steadily grew following his death. His life came to a tragic conclusion just one month before his 30th birthday. Shelly drowned while sailing on the Gulf of Spezia.

Some believe that the writer was depressed and took his own life; although his widow and second wife, Mary Shelley maintained that the boat was simply not seaworthy. When the body was cremated, everything burned to ash except his heart. Instead of burying his calcified heart, Marry wrapped it in silk and apparently carried it everywhere she went.

These artists may have met a tragic end, but they will live on forever, immortalized by their art. From beyond the grave they have inspired many with their genius and passion.