5 Reasons Why We Love Modern Family

lthough nail-biting stories are great, it sometimes does good to sit back and relax with a light-hearted sitcom that will turn your frowns into laughter lines. And while there are supremely well-written shows like Friends and the Big Bang Theory; Modern Family, in my opinion, is THE poster boy for the perfect sitcom.

A mockumentary-style comedy, the show follows the life of Jay Pritchett and his seemingly normal family, all of whom live in suburban Los Angeles. Embracing different cultures and eliminating societal stereotypes, the show comfortably sits on its 10th season.

Modern family weaves a funny story of relatable and flawed characters, complicated relationships, and familial love. If you haven’t already started watching the show yet, here are a few reasons why you should start now! The brilliant writers of the show pick up everyday situations, marred with silly misunderstandings, ridiculous neighbours, marital problems, or teenage woes and transform them into laughter riots with clever and fresh writing.

Every single episode is well crafted with crazy new shenanigans. Crazy here doesn’t mean the amped up, impossible scenarios. In fact, Modern Family is quite grounded with realistic rapports and situations.

Then, it is not surprising to know that a lot of what goes on in the show, is inspired by the real-life experiences of the writers, cast, and crew. Modern Family is “told from the perspective of an unseen documentary filmmaker.”

The show is shot like a fake mockumentary, a theme explored through character interviews, shaky camera movements, and exclusively reserved looks of the actors for the audience (not unlike Jim Halpert from ‘The Office’).

These interviews give the viewers a glance into different perspectives of the characters in different situations. We as the audience are let on in all the behind the back gossip, hilarious and might I add-innocent scheming, and secrets. 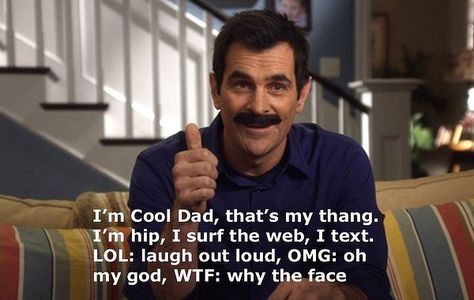 Take this scene from season three for example- when Mitchell, Cameron’s partner, and father to their adopted Vietnamese daughter Lily- comes out one morning to find the kitchen looking like a complete mess, “Lily and I were in a French mood. We made crêpes,” explains Cam. Neat-freak Mitchell asks his partner to clean it up. “I will scrub this place like a crime scene,” promises Cam, adding softly: “Which it is, because you have murdered joy.”

Too bad the show is coming to an end. Such genius lines are truly going to be missed. 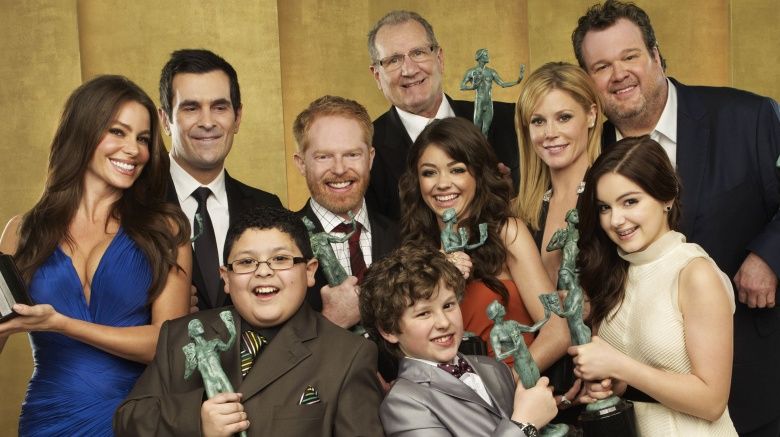 Each different from the other, the characters on the show are well- outlined, relatable, and uniquely developed with their own quirks. While Phil, is the in- touch- with- his- feelings, wannabe cool dad, realtor/magician, Jay (Phil’s father- in- law) is the tough, hard on the outside but soft on the inside kind of a guy.

Look closely and you are definite to find a Luke, Hailey or Alex in your family.

Relatable or not, you tend to form a personal relationship with the characters- you laugh with them, you cry with them, and sometimes you laugh at them. In today’s world, where being gay, getting divorced, getting pregnant without a marriage certificate, or being a heterosexual man in touch with his feminine side is still frowned upon, Modern Family strives to etch the words “ITS OKAY” to be this and more on the minds of the audience.

It is not unrealistic in the sense that anything out of convention is accepted without trouble, but it shows the struggle and eventual acceptance without ostracizing anybody. Jay Pritchett, for example, has a tough time accepting his son to be gay. However, slowly, but eventually he is at peace with his sons reality.