hile talking about rich superheroes, if the first person that comes to your mind is Gotham’s Protector Batman, then you are surely not alone. Even though his parents were rich, still his journey was not an easy one. When parents of Bruce Wayne were killed, he had inherited an empire of around $27 million. Bruce who was just a kid back then worked hard in every sphere of life and business was no exception. He increased his assets to around $10 billion by investing in sectors of future like Aerospace, Biotech, Chemical, Technology, Medical, and Steel, etc. Let us see some of the other fictional characters who have surpassed the net worth of the bat vigilante. Genius, playboy, billionaire, philanthropist, scientist, superhero Tony Stark is also the brain of the crime-fighting group called ‘The Avengers.’ Iron Man without a shadow of a doubt is one of the most popular superheroes of all time. Tony Stark is a normal man without any superpowers, but when he wears his super suit which he has mostly designed by himself, he becomes the unstoppable Iron Man, who has saved the world on more than one occasion. Tony Stark is a complete package as he is brave, intelligent, funny and super wealthy. Tony Stark is one of the richest superheroes who has inherited and accumulated a huge net worth through his business in arms and ammunition. Apart from the business that he runs with the help of Virginia Potts, he also has invested in property and technological inventions. The asset of Iron Man is more than $30 Billion which makes him richer than the dark knight.
Black Panther He is considered to be one of the first black superheroes in the world of comics. The leader of Wakanda T’challa is not only multifold richer than the bat vigilante of Gotham, but he is also probably the richest superhero ever. Apart from his wealth, he also has access to modern technology along with hi-tech transport systems and weapons of mass destruction. Even though the outside world thinks that Wakanda is a poor and underdeveloped nation who has no connection with the outside world, the truth is that it has the most developed scientific research and development wing. Most of the money for Wakanda comes from Vibranium, which is a robust metal with many uses and is found in abundance only at Wakanda.  It is rumored that the shield which Captain America carries is made from the same metal. The net worth of Black Panther is said to be in Trillions of dollars. 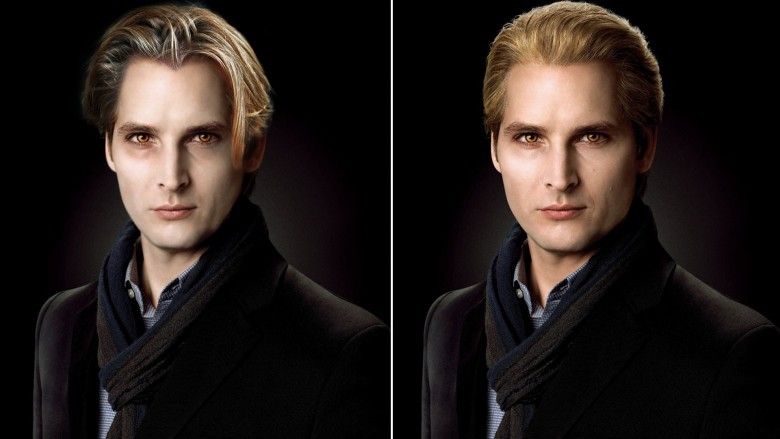 It has been a constant topic of debate whether being a vampire is a boon or a bane. Irrespective of which thinking you endorse to, one thing is for sure that being a vampire has a lot of plus points. You get the good looks; you get an eternal youthful life along with immense physical strength, supernatural speed and ameliorate vision at night. However, one of the most underrated bonuses of being a vampire is the extensive experience that you have after living so many centuries. Twilight Saga’s Carlisle Cullen, the foster father of Edward Cullen is over 350 years old. With centuries of knowledge, experience, and skills, he has wisely invested his money in the portfolios that have given Cullen family maximum return. Even though the Cullen family does not live a super-rich life, he is richer than even some of the biggest industrialists. Dr. Cullen has a net worth of over $34 billion and is even richer than the businessman Bruce Wayne.
Scrooge McDuck The song of Duck Tales brings back loads of nostalgic memories in our mind. Most of the Indian youths have grown up watching the adventures of Huey, Dewey and Louie Duck along with his grand-uncle Scrooge McDuck. The famous Disney character Donald Duck is also a close relative of Scrooge McDuck. The world’s richest duck Scrooge, who was cheese-paring and stingy initially, later became much more generous and started spending money on charity. Scrooge McDuck was born in a poor Scottish family and is a self-made business duck. With a very low educational qualification, McDuck started his career with cleaning and polishing of shoes and after a lot of struggle; he became rich and finally decided to settle in Duckburg. This ultra-rich duck who is a business tycoon by profession deals mostly in oil and mining. He is way richer than Batman as he has a net worth of whopping $65 billion. He might even be richer than Batman and Ironman combined.
Richie Rich Being the only son of the owner of Rich Industries, the little boy Richie Rich is even richer than the billionaire Bruce Wayne of the Gotham City. His father Mr. Richard rich and his mother Mrs. Regina Rich died in a plane crash, which was plotted by their arch-rival. Richie being too young to run such a huge empire on his own does it with the help of Cadbury, who is Richie’s butler as well. Richie Rich has everything that money can buy. But another billionaire, The Condor constantly designs new plans to take over the assets of the Rich family. The vault of the Rich family is situated in Mount Richmore.  The estimated net worth of Richie Rich is assumed to be around $17 billion. This adventurous 10-year-old boy has a very generous nature and shares his wealth with the underprivileged kids of Richville, which happens to be his hometown.
SHARE & COMMENT
Show More
﻿