iblings- the annoying entity with whom you have to share your toys, your chocolates, the love of your parents, or worse, your room!

This love-hate relationship can either transition into a deep bond or a deep rivalry.

Some sibling spats are bigger than “how dare you take my shirt” or “where is the leftover from last night’s dinner I was saving for myself”. Here are some best sibling fights of all time. 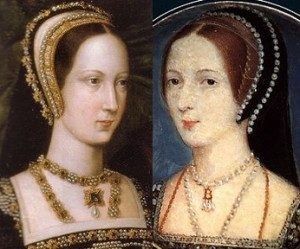 King Henry VIII was quite the player. Whilst married to Catherine of Aragon, he began an affair with Mary Boleyn (herself married to a wealthy member of the King’s court). With the reputation of an adulterer intact, King Henry and Mary were caught in a public affair.

While Mary was pregnant with her second child with William Carey (We hope), Anne jumped at the opportunity of King Henry’s wandering eye. Playing hard to get, Anne led on the king and refused to sleep with him until he divorced his wife and made her the queen. Not sure how well this will work in the 21st century though.

Long story short, he complied, Mary was left penniless after the death of her wealthy husband, and Anne was crowned queen. Turns out, Mary was the lucky one after all!

Henry grew tired of Anne and her inability to give him a male heir and set his sights on his new wife. Not long after, Anne and her family were found guilty of treason (barring Mary, who, after being banished by her sister was happily married to a soldier). The first sibling fight of mankind was between Cain and Abel, the sons of Adam and Eve. In the Bible, Cain murders Abel when God favours Abel’s selfless sacrifice over Cain’s selfish one. Proof that humans were born petty! 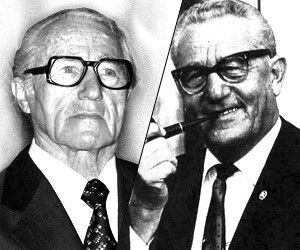 Two of the most renowned shoe companies- Adidas and Puma were a result of this sibling feud. The German brothers Adolf (Adi) and Rudolf (Rudi) together started their show company in their mother’s laundry room. Their business took flight after they managed to adorn the feet of gold medal winners in the Olympics of 1930.

Spiked sales gave way to spiked tensions and soon with World War II, their relationship reached a breaking point. At the end of the war, the brothers split their company. Adi named his shoe company Adidas combining his first and last name; attempting the same Rudolf names his company “Ruda” but later changed it to Puma. We know Charlotte Brontë, author of Jane Eyre and Emily Brontë, author of Wuthering Heights, but not many know there was a third Brontë sister- Anne. The girls are said to be close in their infancy, bound together by the grief of losing a mother.

Anne could have been a better writer but her career was disturbed by Charlotte. According to Penguin Publishing Group, “Charlotte had always underestimated and patronized”. Apparently, Charlotte may have taken the idea of Jane Eyre from Anne’s Agnes Grey. Julia and Eric have not had the most conventional brother-sister relationship. They have gone through years where they didn’t even speak to each other.

In fact, Julia even helped Eric’s ex-wife, Kelly Cunnigham win custody of their daughter, the now-famous Emma Roberts. Julia though her brother to be unfit of raising her niece and helped fund Kelly’s legal battles.

Even Emma Roberts doesn’t share a particularly loving relationship with her father.