14 Innovative Advertisements That Will Blow Away Your Mind!

f you are under the impression that advertisement is merely a few words which are strung together intelligently, then we beseech you to think again. Advertisement is the weapon which helps a concept, product, organization, service or purpose to stand out in the highly competitive and densely crowded market.

Advertisement helps a brand to position itself fittingly in the mind of the customer, which in turn can win a group of loyal customers who’ll help the organization to face the competition and to deal with the changes in market condition. Here are 14 examples of trailblazing advertisements that will leave you flabbergasted. 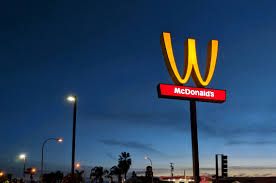 As a token of respect for women, world’s largest fast-food chain Mcdonalds turned it's golden ‘M’ sign upside down to make it ‘W’ representing women on the eve of international women’s day. This gesture won millions of heart throughout the world and people are just LOVIN’ IT.