he all too recognizable golden arches of ‘

’ awaken the dormant need for fries and cheese burgers.

With awareness leading to changing consumer tastes, McDonald’s was at the receiving end of backlash for their unhealthy food. The company, since then, has introduced salads, smoothies, and even fruit on their menu. Although, who buys fruit from McD is still a mystery.

Did you know McDonald’s is the world’s largest restaurant chain by revenue? Here are 10 interesting facts about the popular food chain you probably never knew. Founded by brothers- Richard and Mauricein 1930’s, McDonald’s originally started out by selling hotdogs. After a few failed attempts, they finally reopened McDonalds with a simplified menu of burgers, fries, and milkshakes.

The golden arches of McD was introduced in 1953 and since then has become one of the most recognizable symbols globally.

2. The Queen of England Owns a McDonalds’s Franchise 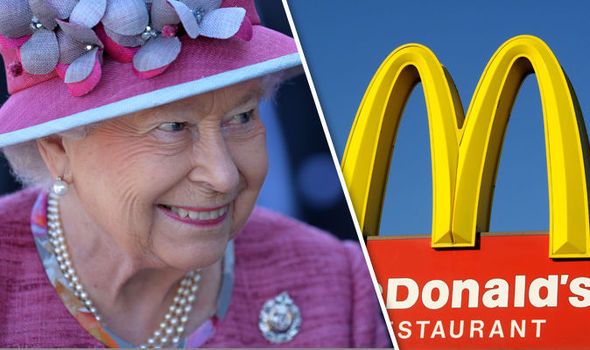 Yes! The American fast food company is so famous that even the Queen of England wanted in. The McDonald franchise is in Banbury Gateway Shopping Park, about 130 km outside of London.

Technically, it is not personally owned by the queen, but it sits on the land owned by the Crown Estate. With its leather couches, Samsung tablets, table service, and computerized menu boards, the restaurant is fittingly in the queen’s estate.

3. The Hamburger is Healthier Than The Caesar Salad Remember the time you ordered a salad while your friends devoured their hamburgers? Sorry to break it to you, but what a waste!

McDonalds only introduced salads in their menus to tackle the society’s worries over obesity levels. But turns out, a full Caesar salad contains 425 calories and 21.4 grams of fat as compared to the 253 calories and 7.7 grams of fat of the hamburger.

4. Seven Percent of Potatoes Grown in the United States are Turned into McDonald’s French Fries The humble potato transitions into marvellous golden fries that have become the universal junk food. Potato farmers have Thomas Jefferson to thank, who introduced fries in the United States at a White House dinner.

Unsurprisingly, the best-selling item on McDonald’s menu is French Fries.

5. There are No Ribs in McRib On and off from the McDonald menu, the Mcrib has no ribs at all. It is, in fact, a patty made from pork shoulder meat.

The McRib, although making an entry for a few months every year, is a staple in Germany.

You cannot read “BA-DA-BA-BA-BAH” without its iconic tune. This is how popular the jingle for the ‘I’m Lovin’ It’ campaign was. This was McDonald’s first attempt at creating a worldwide marketing campaign.

Justin Timberlake was paid a whopping 6 million dollars to sing the tune. Not only that, the company also sponsored a 35 city Europe tour for the former N-sync member.

Oh! And By the by, he didn’t even appear in the original commercial. Since there is no ‘R’ sound in Japanese, they named the McD clown Donald McDonald. The first one to portray Ronald in TV ads was Willard Scott- ‘The Today Show’ weatherman.

He was later fired from being Ronald McDonald for being “too fat”.

8. Bill Gates Has a McDonald’s ‘Gold Card’ That Gets Him Unlimited Free Food The one man who doesn’t need ‘free’ anything has a ‘Gold Card’ that gives him unlimited free access to all McD chains worldwide. Celebs like Rob Lowe and Warren Buffet also have these ‘Gold Cards’, but unlike Bill Gates, theirs are limited to certain states and cities. One in 8 workers in the US has been employed by McD at some point in their careers.

10. Usain Bolt Claims to Have Eaten Around 1,000 Chicken McNuggets The Jamaican runner is said to have eaten around 1,000 chicken McNuggets during the 2008 Olympic Games in Beijing, where McD had an outpost in the Olympic Village.