his is the story of gods and heroes, of friends becoming enemies and sisters becoming lovers, a tale of love and lust, war and peace, of complicated relations and difficult names. This is Greek mythology. It is incredible how our life is shaded by this great saga and we don’t even know it! Start your morning with a bowl of ‘cereal’ which comes from CERES- the goddess of agriculture or do you prefer ‘marmalade’ on your bread? Do you have a ‘narcissistic’ friend? Are you ‘tantalized’ to tell them off? It is difficult to get by a single day without coming across references with their origin rooted in Greek mythology.

Now Greek mythology is vast, wide, long, deep-- basically it is gigantic! For this reason, we will just be introducing you to the twelve Olympian gods. “King Zeus of the Mount Olympus, the first of his name, king of the gods, god of the sky and the first men, brother to Hera, husband to Hera, controller of thunderstorms and the father of many.”

Zeus was the last child of Rhea and Cronus. After escaping his father’s stomach in infancy (Cronos swallowed all his children in fear of a prediction stating that he will be overthrown by them), a teenage Zeus, much to his father’s dismay overthrew him and the titans with the help of his recently disgorged siblings. Along with his brothers, Hades and Poseidon, Zeus shared the rule of the world and became the king of Olympus. Sitting atop his golden throne, he was revered by all. He was regarded as a wise, fair and merciful figure that displayed a carefree personality and rather enjoyed the finer things in life.

On multiple occasions, Zeus exhibited a weakness for women. He chased them in an attempt to seduce them; a chase that often led to him fathering gods/ goddesses and heroes. He was also known to be easily angered and impulsive which resulted in violent storms and destructive punishments. The Greek goddess for marriage and the queen of Olympus, Hera, in statues is always seen wearing a solemn expression and crowned with the polos. She paints a motherly image when in truth she is a jealous woman (well, we don’t blame her) and vengeful towards her husband’s lovers and their children.

She is not exactly a great mother figure with her hurling her newborn from Mount Olympus and all that. In one version of the myth, Hera was so disgusted by the ugliness of baby Hephaestus that she decided to throw him from the mountain (for those of you worried, he survived!). Even the king of gods, Zeus, was afraid of her. Though that did not stop his incessant infidelities, neither did he get any better at hiding them. The Greek god of the sea, earthquakes, and horses, Poseidon makes for an impressive figure with his mighty trident. After the defeat of the Titans, the world was divided into three. Zeus took the skies, Hades took the underworld and Poseidon took the seas. As the protector of all waters, he was worshipped by sailors for a safe journey.

Not unlike Zeus, Poseidon had a wavering temperament and exhibited impulsive emotional fluctuations when challenged. In the Odyssey, the Greek hero Odysseus tests Poseidon’s fury by blinding his son. This resulted in Poseidon punishing him with storms during his sea-voyage and completely wrecking his ships, therefore causing a ten-year delay. The Greek goddess of grain, harvest, agriculture, nourishment and sacred law, Demeter also presides over the cycle of life and death. She was the mother of Persephone, who was abducted by the god of the underworld, Hades. The devastated Demeter ceaselessly searched for her. Enveloped by loss and grief for her daughter, the world was forgotten and soon the seasons halted and living things stopped growing and thus, began to die.

To prevent the extinction of life, Zeus sent Hermes to bring Persephone back. Long story short, a trick involving pomegranate seeds bound her to Hades for certain months every year, either the dry Mediterranean summer, when plant life is threatened by drought, or the autumn and winter. 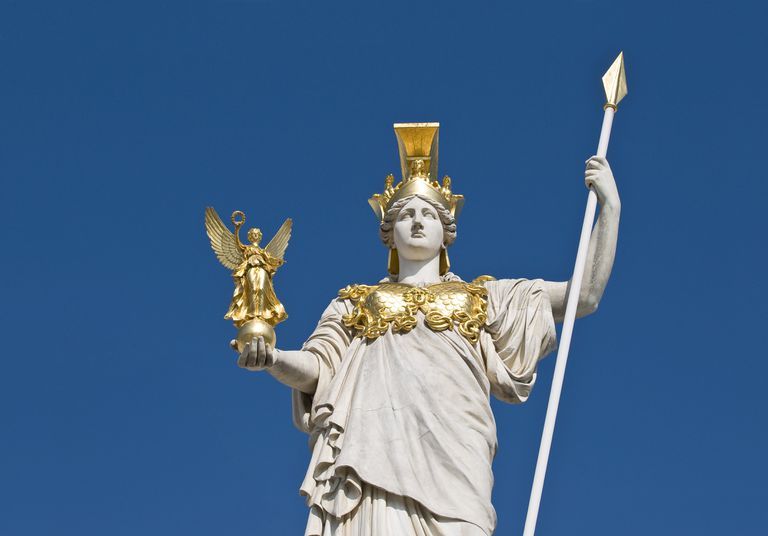 The Greek goddess of wisdom and war, Athena was believed to be born, fully grown that too, from the head of Zeus after he experienced a massive headache. Some headache that must be!  According to myth, her mother was Metis, the first love of Zeus.
A fierce, ruthless warrior, she is also the goddess of courage, law and justice, warfare, inspiration, strength, strategy, arts, crafts and skill. Unsurprisingly, she was Zeus’s favourite child. Zeus even trusted her to wield his thunderbolt. The virgin goddess is celebrated every year in Athens, in a festivity known as Panathenaea. The complex and beautiful, Apollo is the Greek god of the sun, light, music, and prophecy. Born to Zeus and Leto, he also has a twin sister, Artemis, who shares his aptitude for archery.  His integrity and truthfulness resulted in the gift of prophecy. He is often portrayed with his Lyre, a gift by his step-brother Hermes.

A talented musician, he is the leader of the nine muses (obviously!). Apollo is an important god in Greek mythology. He is also believed to have played a vital role in the Trojan War. The Greek goddess of hunt, wilderness, wild animals, moon, chastity and archery, Artemis is the twin sister of Apollo. She is depicted as a huntress carrying a bow and arrow. She fiercely guarded her virginity and anyone who threatened her honour met a violent end. Her beauty on multiple occasions has captured the interest of many like Orion who tried to rape her.

Artemis was granted eternal virginity by Zeus. She is the protector of young girls and the patroness of hunters. This goddess of wildlife loved her animals and anyone who dared harm them in any way felt her wrath. The Greek god of fire, blacksmiths, carpenters, technology, and sculptures-Hephaestus was the son who was cast off Mouth Olympus by his mother Hera. The only ugly amongst the beautiful immortals, Hephaestus‘s imperfection lay forgotten in the sight of his marvellous creations.

He was married to the beautiful Aphrodite, who on multiple occasions was unfaithful to him. Like Athena, Hephaestus shared his skill with the mortals and was helpful to them.  He is the creator of the famous winged helmet and sandals that have come to be associated with Hermes. Some of his notable works include the armour of Achilles, Helios chariot, Eros’s bow and arrows, and the shoulder of Pelops. The Greek goddess of love, beauty, passion, and eternal youth, Aphrodite was one of the three goddesses whose feud resulted in the Trojan War. Wife to Hephaestus, she was often unfaithful to him and had many lovers. She is said to have arisen from the foam where Uranus’s genitals hit the sea.

Aphrodite’s beauty was such that Zeus had to marry her off to Hephaestus in order to prevent the other gods from fighting over her. The Greek god of War, Ares was the son of Zeus and Hera. He represents the aggressive and physical aspect of the war, in contrast to Athena who represents military strategy and intelligence. He was often regarded as being a dangerous force that was insatiable in battle.

He was the lover of Aphrodite (one of many), who faced humiliation when her husband trapped them both naked in a bed using a clever mechanism. 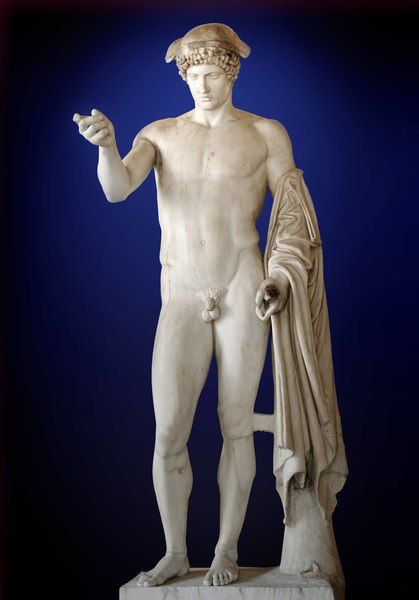 The Greek god of trickery, thieves, trade, merchants, travellers and athletes, Hermes was the son of Zeus and Maia. He was the messenger of gods and was known to outwit other gods for his own fun and for the sake of humankind. He is, therefore, regarded as the benefactor of mankind.

His personality was such that even Hera, who was unforgiving towards the children of Zeus born out of adultery, took a liking to him. Hermes is also the creator of Lyre, which he gifted to Apollo. The Greek god of winemaking, grape harvest and wine, Dionysus was the last to arrive at Mount Olympus. He was the son of Zeus with the mortal Semele and is said to have been born out of Zeus’s thigh, courtesy of Hera’s jealousy and resulting trickery.
Dionysus was, without doubt, the most carefree of all Zeus’s children (this might have something to do with all the wine). He was a generous and kind deity, though he could be cruel when crossed. The only half mortal, he was the last one to join the Olympian bandwagon.

These are the mighty twelve. Together they weave a complicated saga and reside on Mount Olympus. The good, the bad, and the ugly (sorry Hephaestus!)