The Harsh Reality Behind the Caste Based Reservation

e have been hearing about the discrimination that has existed from a long time now. People belonging to the general category are not very happy about the reservations that are given to the scheduled castes, scheduled tribes, and other backward classes but nobody really knows the actual reality due to which this upper-hand was actually given to these classes.

In order to be able to tell the lower classes in society apart from their caste, the names followed a rule. The names of the people belonging to the upper classes included Jiya Lal, Veer Paratap and the likes whereas the Dalit people had their names based on Gods such as Kanshi, Ram, etc. (Can you see the irony here?). This was taken so seriously that on such a petty matter as this, a young boy was killed in 2011 because he shared the same name as that of an upper caste man. 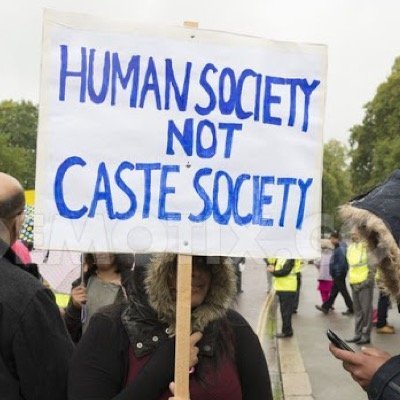 You must have a very different picture of your school as a place that was exciting, and where you had so much of fun. However, this definition is quite different for the backward classes who are not allowed to drink from the same water source from where the upper castes drink water. Leave that aside, they are not even allowed to go near the water source. There was an incident that took place in June 2015 as part of which, a Dalit girl (who was a minor) was badly beaten up by the women of the neighbourhood because her shadow fell on the muscleman that belonged to the family. This really makes me question what kind of a world are we living in?

Their struggles know no end. After being discriminated against at school, when they reach college where most of the upper castes are seen around walking as if they own the place, these people struggle to make their place amongst the others, to feel normal and accepted and they fail. Learned professors who have had the experience of a lifetime discriminate against these backward classes and do not score them well or fail them unnecessarily just because they belong to a lower caste.

When someone is trying to come out of their background and trying to make it big in life so that they can support their families, they need to be supported and not held back because these backward classes form 80% of our country and whether you like to accept it or not, India cannot progress unless they do. For this to happen, we need to change our mentality and accept these people for who they are – human beings, nothing more and nothing less.

In an interview, a young talented man was not getting a job anywhere because his caste was written on his resume. Well, before he went in for his interview at IBM, he removed the SC from his resume and guess what? He got the job! The inhuman acts that we have been carrying out by treating ourselves as the superior class are outrageous and need to come to an end before things get too ugly and it gets too late. The Dalit workers are hired at such low costs that even after working so hard, they cannot even eat one time’s meal completely.

It is imperative that we realise that we are all human beings and no caste is superior to the other. We need to stop calling out these backward classes and make them feel inferior because, at the end of the day, they are made out of the same blood and flesh as us. And then we cry about the reservations that are given to them. Who do you think initiated this entire action? Us! (people belonging to the general caste as we claim). And as it is always said, actions always have consequences, so here!