eing an Indian and being a Homosexual human are indeed two different things in India. It may sound queer to a Westerner but people in India who are transgenders, have only in 2018 been accepted, as ‘true citizens’ by the law, and even now, they are discriminated against. When the British came to India, they colonized not only the country but also its traditions.

Thomas Babington Macaulay, a part of the British Colonial drew inspiration from the Buggery Act in 1533, where he introduced the act of section 377 to prohibit sex against the order of nature. Section 377 is a blot on humanity, is what every person of that time claims it to be. The law criminalizes transgenders and homosexuals. The fact that British now has abandoned the law in the UK, but were hell-bent on asserting the law and seeing it through, is ridiculous. But now in India, people still suffer from the colonial hangover and their imprisonment for the identity. Moreover, these laws are being exploited by trouble makers, so that it does not shock the correspondent rise in the extortion cases. Indians of the third gender were judged by the parliament for their identity. According to statistics, people have also committed suicide for the fear of being arrested. This law is not only bad for humanity but also has a damaging effect on our economy. Moreover, the World Bank has reported that the economic cost of homophobia to the Indian economy is between 0.1 to 1.7 percent of the country's GDP. How can we live in a society like this?

Luckily, Indian people and the government have fought back, and the country has finally recognized the rights of the third gender, and rightly so. Our constitution has also contributed to this victory. The constitution has 3 articles which have helped us, namely:

Article 14: It guarantees equality before the law to all individuals.

Article 15: No person shall be discriminated based on gender, caste, and creed.

Article 21: Right to life and liberty to all the citizens of India.

Do you really exercise the right of being a citizen? 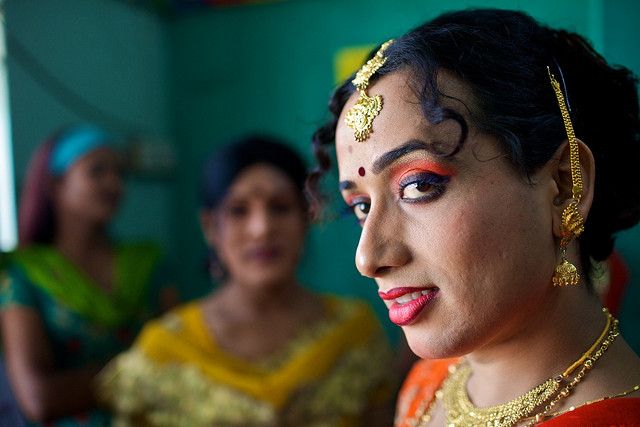 Though identifying the gender as male, female or transgender is a right, it does not make people less vulnerable to section 377. Section 377 is an act which has its roots in the colonial British empire. Henceforth, every colony was subjected to it. Looks like Britain has amended those laws, but some colonies in India are still suffering from this problem. In 2018, the law was abolished, which made gay and transgenders illegal.

Its been centuries that the third gender has been discriminated against, be it by the colonial rules, the Indian Parliament, and the Indian people. Before the British colonized the country, everybody was accepted and the discrimination, based on caste, creed or identity was significantly less than that of today.

The sad part is, even after decriminalizing transgender identity, sons or daughters are scared to reveal their gender and identity to their parents, if they indeed are transgender. Students are being bullied at school. When a guy behaves feminine, he may be beaten up, as a ‘corrective measure’. Small children are being disowned for something which they are not accountable for. Rituals are performed on these people so that they can change their ‘perspective’. Why are they being punished for something which is first, not a crime and second, which is not chosen by them?

Should the innocent face consequences of a crime they did not commit?  However, the Indians are not at blame. This culture of divide and rule was emulated from the British colonial period and has destroyed every Indian who is “not normal.” This is not Indian culture. Indian culture tells us how to respect people for who they are and give them equal treatment. So, even this time, the British had played it safe. They have moved on from this rule leaving us behind and allowing Indian transgenders to suffer.

Now, our constitution reinstates the fact that we are not just a nation, but a nation with tolerance. This is not an act of benevolence, but accepting this vast diversity is the norm. Our authentic faiths restore our faith in equality and humanity. Here, we are not just born out of love; we are born into love.