7 Indian Innovation That Has Made An Impact Worldwide

ndians have been perpetually working towards unraveling geriatric issues through a creative modern way of thinking. Indian economy has a dire need for innovation as innovations often lead to entrepreneurship. Which in turn opens up a new dimension for employment that is essential to sustain our country of over a billion people. Even after facing the bottleneck like lack of fundings, cumbersome government policies, deficiency of modern technology and equipments available to our startups, Indians have always welcomed innovation with open arms and a wide smile. It is for the very same reason, in Toronto Canada, there is an institute known as India innovation centre, which has been set up to study various innovations of India. India which currently has the world’s third-largest startup ecosystems is expected to achieve around 12,000 startups by the year 2020. India which will have a huge bench strength of the youth population has achieved a lot in the field of innovation. Let’s take a look at some groundbreaking innovations started by Indians.

The tiffin service of Mumbai, which delivers lunch to roughly a quarter million (2,50,000) people every day, was started way back in 1890. Mahadev Bhavaji is considered the first dabbawala who provided the Britishers and Parsees with lunch at their workplace. What makes the Mumbaikar Dabbawala an outstanding innovation is the fact that it has an unmatched accuracy and success rate. The error rate is negligible with just 1 failure out of 6 million dabba deliveries. Though they carry on their operations manually, they beat any of the world’s leading technology-based organization hands down with their logistics precision. It is for this reason, the Dabbawalas are a subject of research in many leading international B schools, including Harvard. They have also been registered in the Guinness book of world record.

All of us are aware of the adverse effects of plastic bags on our environment. They are a real threat to our planet and are not recyclable either. As a result, we hear a ban on plastic bags in various parts of the world for all the right reasons. But then, the alternatives of plastic bags that are available in Indian markets, when you go on shopping can cost you anywhere from around 5 to 15 rupees. Ashwath Hegde, who hails from Karnataka, was observing this problem closely and after almost 4 years of research came with a resplended solution. Envigreen Edible Bags looks like regular plastic bags but is entirely biodegradable and safe for the environment. If submerged in tap water, this bag disbands in 24 hours. But when disposed of in boiling water, it gets dissolved in merely a few seconds. If thrown along with the trash, it will decompose itself in as less as 6 months, without contributing to the pollution.  Another important feature is that, since it is made from natural ingredients like starch and various vegetable and flower oils, it is completely safe even if a cow and any other stray animals consume it. Interestingly, all this comes at a cost which is merely 25-30% more than plastic bags.

The concept of the entire Industry of medical transcription has its seed sowed in India. In this innovative sector,  a busy and over-ornate doctor from the advanced country while doing research and examination, would recite the facts and make an audio note of it. The verbal notes were sent to India, where the people with requisite medical knowledge would listen to it and would convert it into written notes and mail it back to the doctor. The whole process was done at around 20% of the rate charged in any developed country. 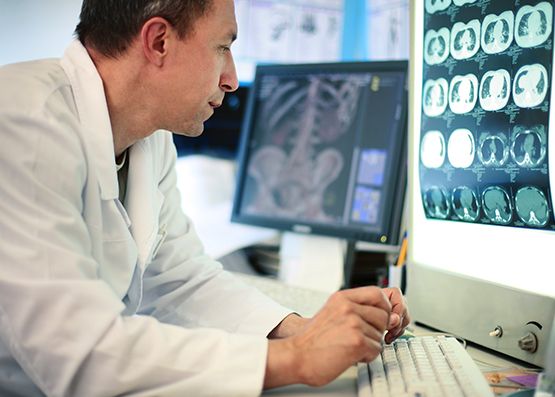 Another day to day uses Indian innovation that helps you to cope with dirty clothes in a much speedy and economical way. Venus handy washing machine, which consumes barely 350 watts of electricity is an extremely lightweight, portable machine (2, 500 gms) that can fit in any bucket and can finish the washing process in under 10 minutes. You can wash 5-6 clothes easily in single-use and the price of this machine is no more than 20% of its cheapest alternatives available in the market. This product is very useful for bachelors and young mothers as they have to wash the baby’s clothes 3-4 times each day in both hot and cold water.

Tata motors introduced in 2007 the cheapest car in the world, Tata Nano. It was launched at a very modest price of 1,00,000 rupees. Tata Nano was nothing short of an engineering miracle that took the whole world by storm. Right from using plastic to replace the unnecessary metals, they also came up with an aluminum engine instead of the traditional steel engine. The small wheels that were pushed near the edge of the chassis made the use of Nano more economical and smooth. They even reduced the viper count to one, which saved cost while giving the car a more beautiful look. There was innovation in every aspect of the car. Unfortunately, this creative machine failed to capture the market according to its potential for which according to many people, Nano’s marketing team is to be blamed. India’s Mission to Mars was innovation at its best. It was a proud moment for all the Indians when Mangalyaan was launched as it made India, the first country in the world to do so in their first attempt. While an advanced country like China has still not accomplished this feat, India already has sent Mangalyaan which is roughly a size of small hatchback car to study the planet Mars in a more descriptive way. It cost India nearly 74 million dollars which was only 10% of the cost incurred by the US for the same cause. Even the movie gravity was much more expensive than India’s actual mission to the planet Mars.

A unique Indian innovation in the medical field that has been a boon not only for India but throughout the world, especially in underdeveloped countries. The recorded Mortality rate from heart disease in India in 2016 was around 30 lakhs (3 million). Talking about USA, 1 in almost every 4 deaths is from heart malady. The rural part of the world where the residents have low income, often avoid undergoing ECG a common heart-related examination due to the high cost. GE Mac 400 has saved many lives by reducing the cost of an ECG to around 60 rupees (less than 1 dollars). Less than 1.5 kgs in weight, GE Mac 400 is a portable device and can be carried anywhere as per the need.  This amazing machine doesn’t depend on the frequent power shedding of the rural areas but rather on a battery. It takes round about 200 minutes to get fully charged and can give around 100 readings in a single charge.